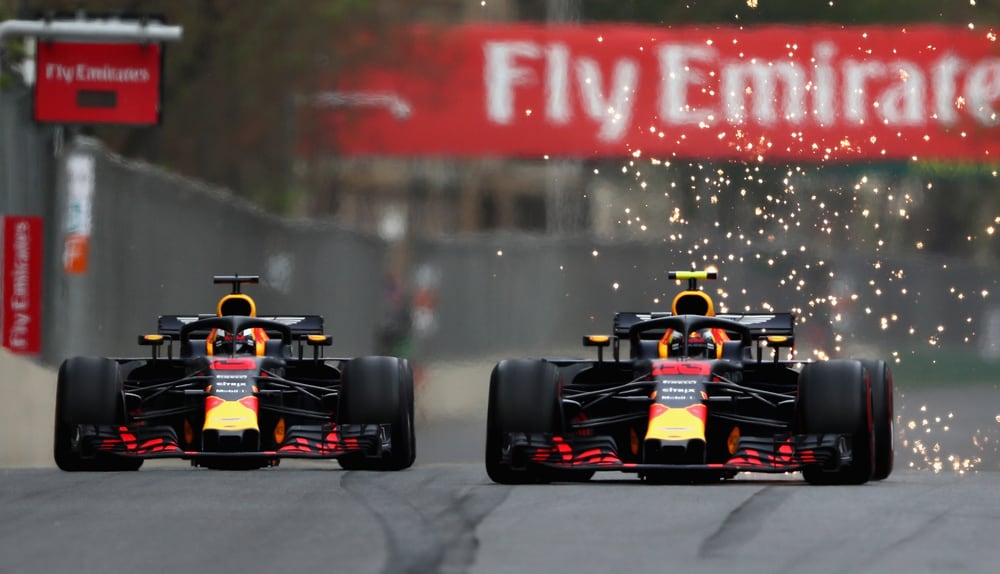 THE racer running stone last on lap 2 ended up on the podium and the one almost certain to win dropped out with a puncture just a lap from the chequered flag.

The Azerbaijan Grand Prix had all the makings of a Steven Spielberg blockbuster and could probably be a box office hit simply by screening the race again on the world cinema circuit.

Run on the streets of ancient Baku, which dates back to the 10th century, the closest racing on the stone-lined streets was not between the Ferraris and Mercedes, but between the two Red Bulls – and it was so intense that the two had a monumental high speed crash late in the race while battling for fourth place.

The action started on lap one of the 45-lap race when Kimi Raikkonen’s Ferrari  clouted the Force India of Esteban Ocon into a wall and  young Russian Sergey Sirotkin’s Williams hit Fernando Alonso’s McLaren.

Sirotkin retired but Alonso managed to get back to the pits on two flat tyres. He and Raikkonen both had new nose cones fitted to their cars before rejoining at the tail of the field.

That brought out the safety car as marshals cleaned up the debris, then Sebastien Vettel shot into the lead in his Ferrari, with the Mercs of Lewis Hamilton and Valtteri Bottas following.

Next came the Red Bulls, with Daniel Ricciardo and Max Verstappen giving each other no quarter – but the speed of the Renaults surprised them both.

Carlos Sainz and Nico Hulkenberg just powered past the Red Bulls on the straight and seemed uncatchable, until Hulkenberg brushed a wall to put him out of the running and Sainz later dropped back to become embroiled in a battle with Sergio Perez’ Force India.

Raikkonen, who had the fastest car on the circuit, had meanwhile climbed from last to sixth, but was unable to get within reach of the battling Bulls and the lead group gradually drew further ahead.

Ricciardo, who had tried to pass Verstappen on the outside of a corner six occasions, only to have the door closed on him by his petulant teammate, finally got his chance of an overtake 11 laps from the end – but Verstappen made an illegal double balk on Ricciardo, who was committed to his overtake. He braked hard, the nose of his car dipped and lifted the tail of Verstappen’s car as both spun down the track in a shower of sparks and debris after the 300km/h crash.

That elevated a surprised Raikkonen to fourth.

The safety car came out again for several laps and Mercedes took the opportunity to bring Bottas into the pits for fresh tyres. The slow procession went on for more laps than expected, because Haas driver Romain Grosjean had a senior moment – and put his car into the wall on the straight.

Bottas was able to rejoin in the lead, which he took when Hamilton and rival Vettel  pitted earlier.

Vettel, who had been in control for most of the race, realised there were just a few laps remaining and he had to get past Bottas in a hurry.

Running at full tilt, he made an overambitious lunge on a corner, locked up his brakes and ran wide, letting Hamilton and Raikkonen through and with flat-spotted tyres, he was next picked off  by Sergio Perez. 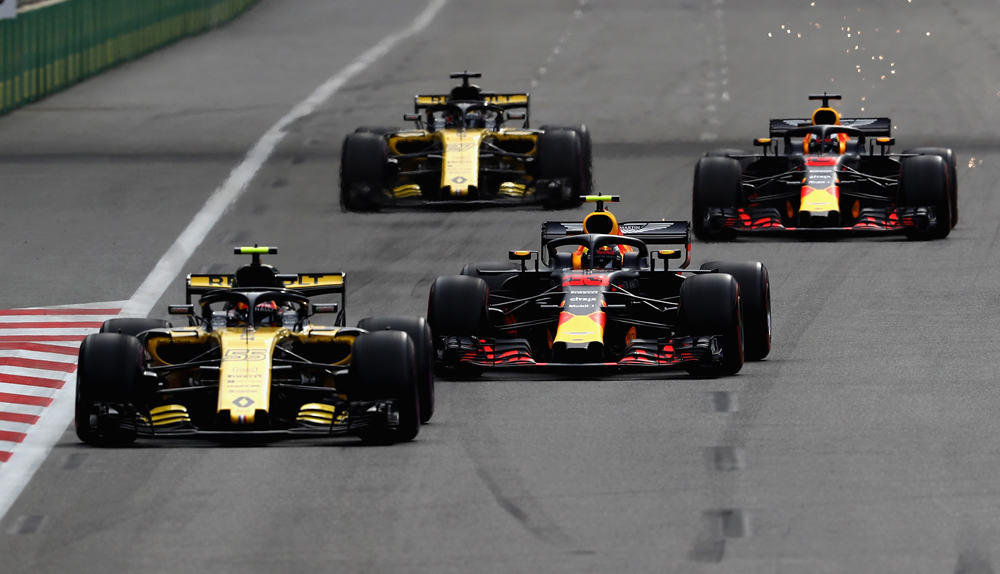 There was more action to come: Bottas, now solidly in front, had the misfortune to collect a bit of sharp debris that flattened his rear tyre three laps from the end – and that was that.

Hamilton, who had been off the pace and never looked like challenging for the lead, suddenly found himself facing the chequered flag.

Second was an equally surprised Raikkonen with a jubilant Perez third.

It was heartbreak for Bottas who disguised his disappointment by saying ‘ten pints of beer and maybe I will be fine.”

“It is part of racing but at the moment it is painful.”

Fifth was Carlos Sainz in the Renault, followed by young Monagasque Charles Leclerc in a Sauber-Alfa in only his second Grand Prix, with Fernando Alonso seventh for McLaren, ahead of the Williams of Lance Stroll.

Ninth was Belgian driver Stoffel van Doorne in the McLaren, with New Zealander Brendon Hartley scoring his first championship point with a 10th in a Toro Rosso.

The Red Bull duo were read the riot act by team principal Christian Horner and also got reprimands from the stewards, who concluded that both were responsible: Verstappen for changing lines twice and Ricciardo for making his move too late.

“They have been reminded that they are part of a team,” Horner said.

“They are highly paid individuals and have to act with the team’s interests at heart, not just their own. That message was delivered very clearly.”

Ricciardo said it was a chaotic race.

“I’m not going to talk about the incident but this was the worst case scenario and everyone is pretty heartbroken.” 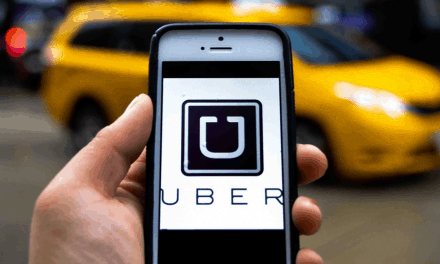