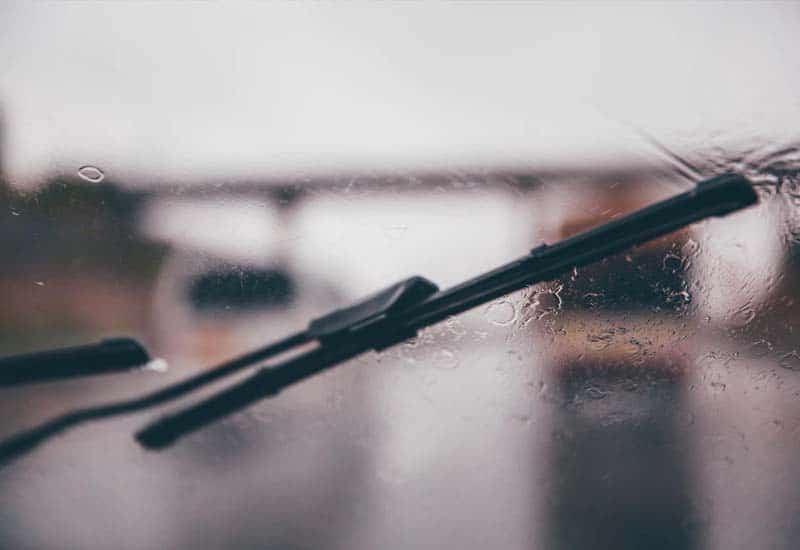 NORTHERN Territory News general manager Greg Thomson came close to a wipe(r) out in France a few days ago while at the wheel of a virtually new and very classy rental car.

“You will love this car, sir, we’ve upgraded you and you will be driving a brand new model,” the lady at Paris airport car rental intoned.

“Even better, it is practically brand new – just 500km travelled and in excellent condition.”

As we trudged the car park pressing the key, I have to say I was pretty impressed when the flashing orange indicators drew us to the sleek white VW Arteon.

On looks alone, it looks a bit like an Audi R8 rip-off, and we were all suitably impressed.

Mmmm, for a new car, it would have been nice if they had washed it before its next customer, I thought to myself as we loaded up.

Checking the fuel gauge as I fired it up, it might have been nice if it had a full tank of diesel, I noted, having just been warned to do so on our return in 19 days.

Anyhow, as we edged out nervously onto the motorway on the wrong side of the road in a left-hand drive auto, it started to rain – and that’s when it got interesting.

When I hit the wipers at 110km, it soon became apparent that a flimsy bit of flapping rubber barely covered the driver’s side of the car, and no rubber at all cleaned the passenger side.

The sound of metal pressed against glass, not to mention the virtual absence of any effective operation of the wiper, soon had me sweating bullets as I struggled for suitable vision.

As we were passed by lorries barrelling down the toll way, we all concluded we needed effective wipers, if not today, by tomorrow at the latest.

Tomorrow came, as did more rain and fog, but a suitable place in France’s Bordeaux region to buy a new model car’s wiper blades, never eventuated.

On day three, and with blood pressure rising, we decided to hit the shops to find a replacement set, no matter what.

First stop was an Intermache (supermarket) where I was assured there were plenty of options. One look at the four sets hanging on the shelves told me this was a waste of time.

We headed off, Googling the car model enroute, and scanning the websites of after-market providers like Bosch looking for a suitable model number.

Nearly every website we could find was only presented in French.

As we rounded a roundabout at St Jean De Angely, the familiar logo of VW jumped out at us from the kerbside. Surely their service team will sell them?

The very friendly pair of service advisers strained into their computers for 10minutes before declaring they did not have a replacement set at their shop.

I was passed a yellow sticky note with the address for Niort VW, some 45 minutes drive away.

I couldn’t help but think that nearly every VW on the new car lot suspiciously appeared to have the identical set of clip-on blades as our Arteon, surely they could have tried a bit harder?

Anyhow, as we plotted the location of the next dealer in the sat nav, we rolled through another roundabout just 200m from VW and passed a very big building with the name L’Auto emblazoned on it.

Behind the counter of this very large auto spares shop was Fabian, the store assistant who could not speak a word English.

He could tell by the wiper blades in my hand what I needed, and quickly sourced an after-market set from a bank of 100 or more hanging on a wall.

Not content with extracting 34 euros for the set, Fabien also set about installing them.

When I told him the car had done just 700km, he declared that that the damage to our wipers was “impossible”.

More likely he said, was that wiper blade thieves had knocked off our perfectly good set of blades and replaced them with the dodgy ice-whipped set on our new car.

Once mobile again, and with the rain started to fall, I have never felt more appreciative of a new set of wiper blades in my life!