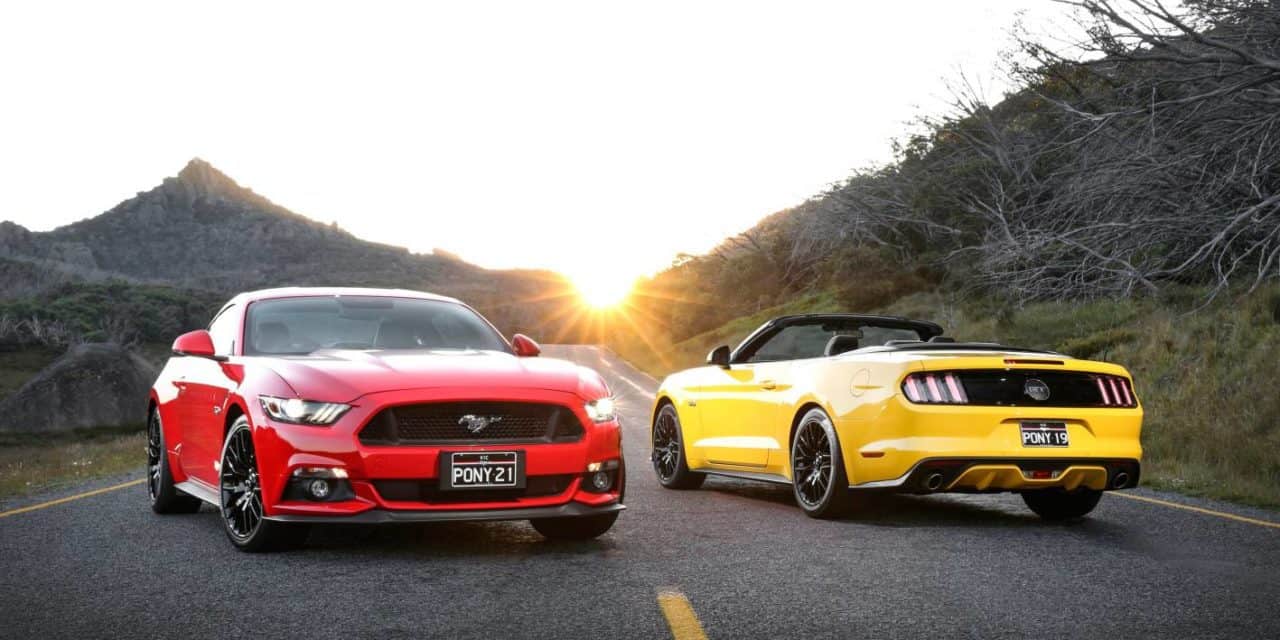 Since its 1964 debut, Ford Mustang has become the global bestseller and a true automotive icon like no other car. For more than fifty years, Mustang has been representing the American automobile industry at its best and has sold in over 8 million examples over the long production lifespan. For a brief period in mid-sixties, Mustang was officially sold in Australia, but since then, fans of the famous Pony car were not able to buy it new here. However, launching a new, sixth generation of the famous muscle car introduced the new Ford’s global strategy and finally, Mustang is available here and in right-hand drive specification. New Mustang is offered in two distinctive body styles (coupe and convertible), two powerful engines, and with a long list of options. 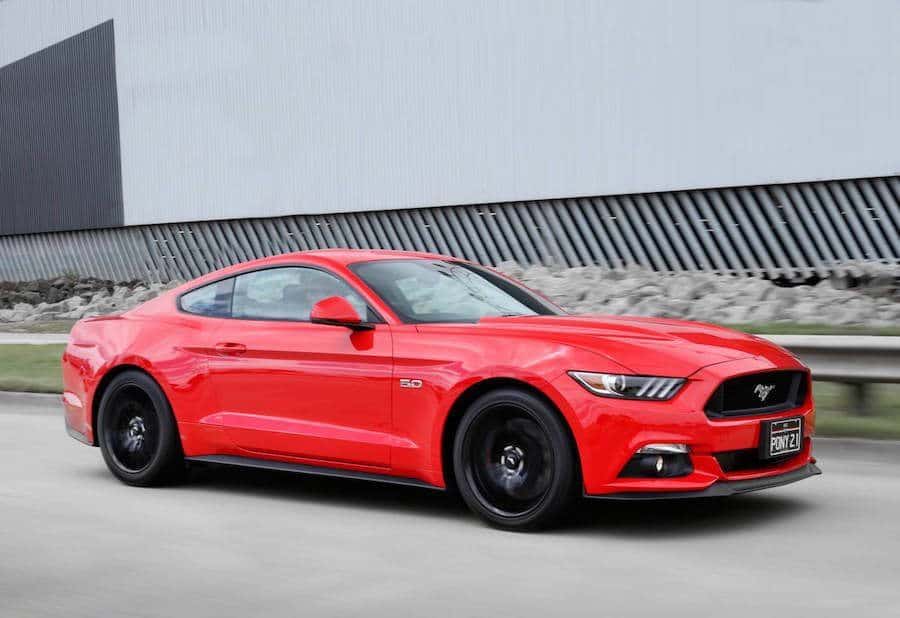 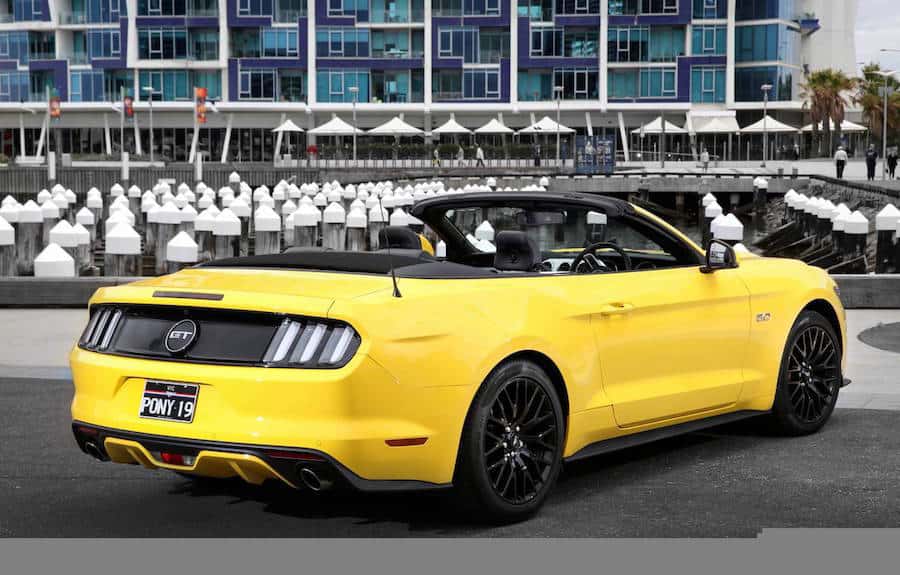 Borrowing heavily from its glorious past, the new Mustang has a modern and aggressive design which is instantly recognisable. The long hood and short rear end with tri-bar taillights and muscular profile define the look of this car. Without any doubt, we can say that the new Mustang is one of the best-looking sports cars on the market and at the same time a true future classic with its perfect interpretation of old school muscle car look but in 21st-century form. The convertible is also very pretty and Ford’s design team worked hard to get elegant lines even when the top is folded down. 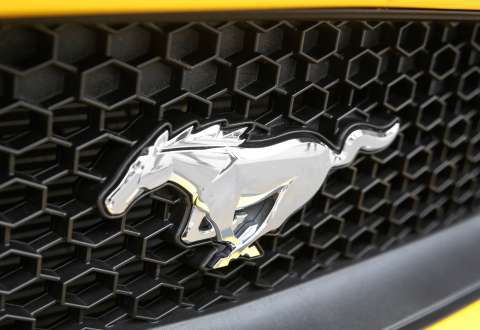 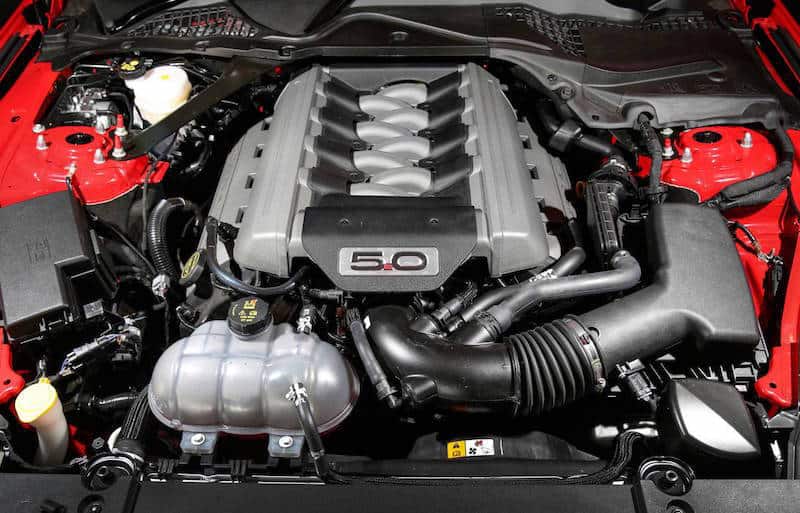 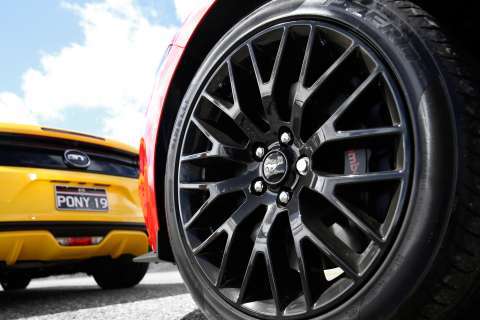 The new Mustang is available with two engines: one a four-cylinder EcoBoost turbo with 2.3 litres of displacement and 315 bhp and second, more traditional 5.0 V8 with 427 bhp. The introduction of the smaller turbocharged engine was a surprise for most of the fans, but the new model is a modern Mustang which cares about fuel economy and exhaust emissions. Despite having just 2.3 litres, the EcoBoost engine is powerful enough to launch the car to 5.5 seconds 0 to 60 time, which is respectable. However, the engine you really want and which is perfect for this car is the Coyote V8. Full of modern technology with variable valve timing, four camshafts, and other components, it delivers stunning 427 bhp and a glorious soundtrack from its double exhaust pipes. The acceleration time from 0 to 60 is 4.5 seconds, still a very quick sprint by today’s standards. 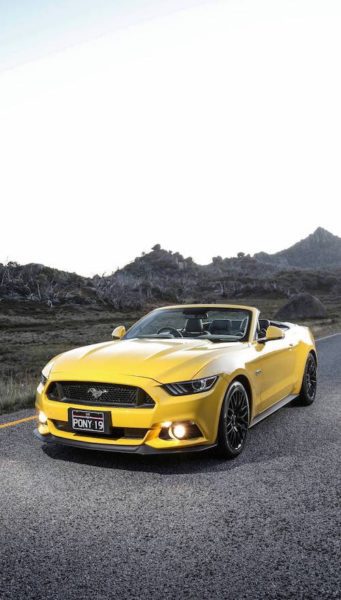 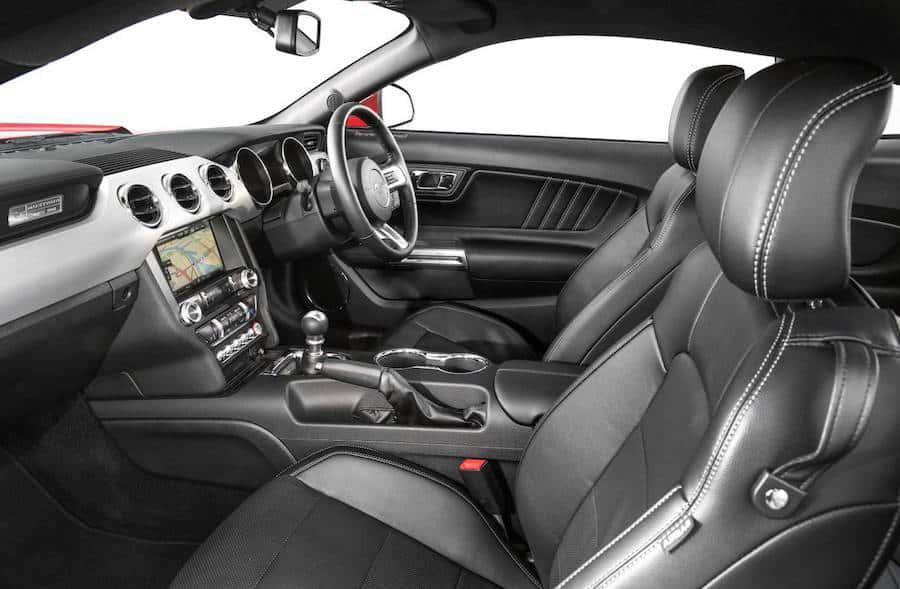 New Mustang comes with two transmission options: a 6-speed manual and 6 speed automatic with paddle shifts. The automatic is a popular option and it shifts fast, but the manual is a more engaging solution if you are sports car purist and you really want to drive your car. One of the biggest news is the introduction of independent rear suspension in the new Mustang, which is something that Ford’s fans has been expecting for decades. Even though the previous model handled just fine, the level of grip and control with the new car is sublime. Complete with powerful engines, balanced chassis, and new IRS suspension, the new Mustang is more than just a muscle car. It is a proper sports car with the American accent and a cowboy hat.

The interior of new Mustang draws its cues from late sixties models with distinctive dash layout and round clusters. However, the design is totally new and modern with all the electronic gadgets you would expect in the car of its class. Its seats are comfortable and there is even a reasonable amount of space in the back. Not much, but enough for transporting people on short distances. Headroom in the back seat is very limited because of the sloping roofline, but that’s the only compromise that every sports car driver just has to make.

Besides its 5-star safety rating for more passing protection and 6 airbags as standard, Ford equipped every new Mustang with powerful DSC (dynamic stability control) and a lot of other safety features.
The new Mustang is globally a very important model for Ford. Not only it has to continue the tradition of famous Mustangs of the past, but it also has to introduce a whole new generation to the magic of the original Pony car. That is why Ford tried really hard and presented us with a fantastic product in every way. Although the new Mustang is not cheap, it still is a great bargain compared to similar offerings from European or Japanese manufacturers. In fact, some European models cost double the price of a new Mustang and have the same level of performance. Beautiful design, modern technology, powerful engines and affordable price make this model the best buy in sports car class at the moment and we are happy to report that almost 10.000 of buyers in Australia think so, making the waiting time for the new Mustang a few months long! 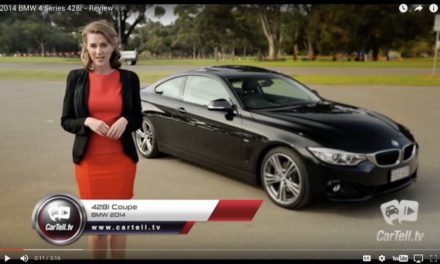