For 2012, the Toyota HiLux has been updated, giving it just another reason to be the most popular ute in Australia. Since it debuted in 1968, the HiLux’s steady improvement is what has contributed to its popularity. It is just as practical to take off-road, as it is to take the family shopping, making it an all-around winner for Toyota. The numbers are proof of the HiLux’s popularity in Australia as one out of every 20 produced are purchased in Australia. Toyota is constantly updating the HiLux to keep one step ahead of its growing competition, from Ford to Mazda to Volkswagen, and then intend to keep staying ahead.

With all the changes to the 2012 HiLux, you can create up to 35 different variations of one vehicle. Adding to the large number of variations is the four different engine options available. The smallest is the 2.7-liter inline four-cylinder petrol engine that is only available in the SR5 Workmate version of the HiLux. It provides 116kw of power and a fuel usage of 11.5L/km. The next in line is the SR5 Extra Cab HiLux, which is offered with a 3.0-liter, inline four-cylinder turbo diesel with 126kW of power and a fuel usage of about 8.3L/km. The top choice of engines powers the SR5 Double Cab with a 4.0-liter inline v6 petrol engine that give you 175kW of power and a fuel usage of 13.1L/km. The Workmate and Double Cab can be alternated powered with the 3.0-liter four-cylinder as well. You also have the options of two-wheel drive or 4-wheel drive with any of the trim levels, as well as automatic or manual transmission. With all the available options for the HiLux, you are capable of building just the right vehicle for your needs, whether it is driving to the store, or scaling a rocky hillside. 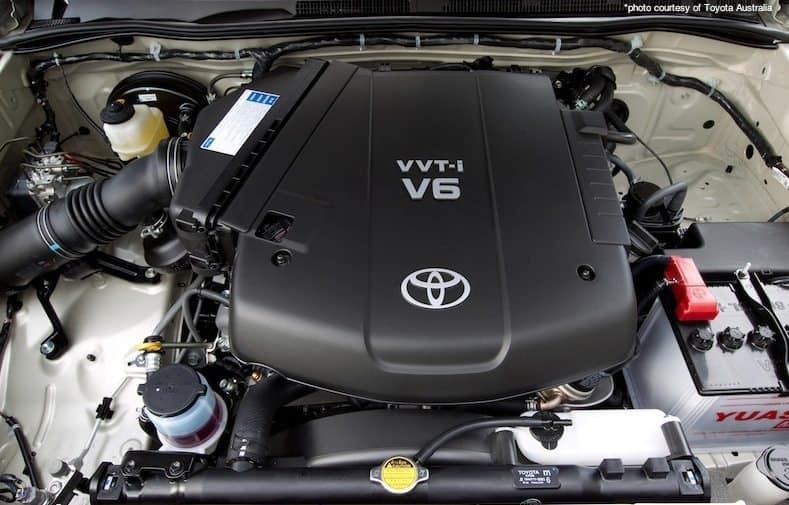 For 2012, the entire look of the HiLux has been updated as well. On the outside, everything from the A-pillar forward has been enhanced. This includes a new grille, new bonnet, new headlamps and new front bumper. The seating in the HiLux is supportive and comfortable for any type of driving you may be doing. The back seat of the HiLux double cab actually offers more legroom than a Camry. The box shape of the cabin allows to seat four adults very comfortably. Features such as anti-skid brakes, new audio system with Bluetooth audio and phone connectivity and USB are now standard on every trim of the HiLux. These are just some of the long list of additions and upgrades to the entire line of HiLux vehicles. 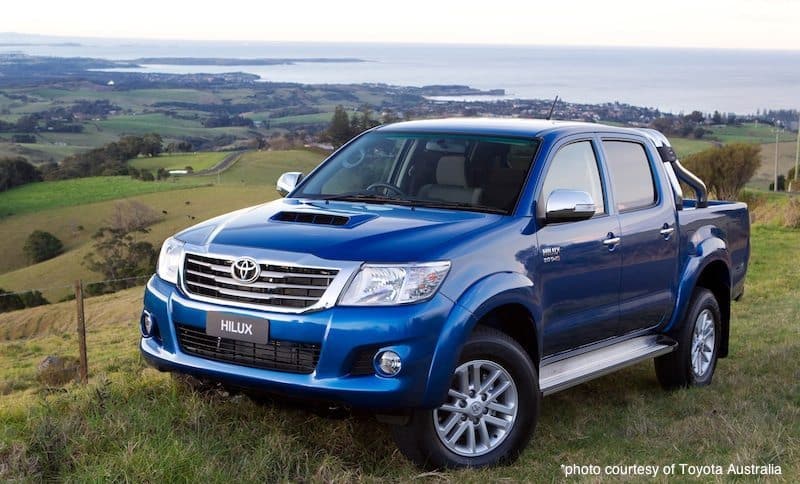 With 32 to 35 variations of the HiLux available, there is just as much of a variation in price. The base bottom of the list Hilux starts at around $18,490, add a bigger cab and the starting price jumps to about $24,090. The HiLux Extra Cab starts at around $30,890 and tops out at around $40,390 with all the additions. The Hilux Double Cab starts around $26,990 and with all the additions tops out at around $44,390. The top of the line HiLux SR5 with every available option including 4X4 and automatic transmission will cost you around $55,690. With the affordable price range of the HiLux, as well as the inclusion of all new standard features, it is no wonder that this is one of the best-selling vehicles in Australia. 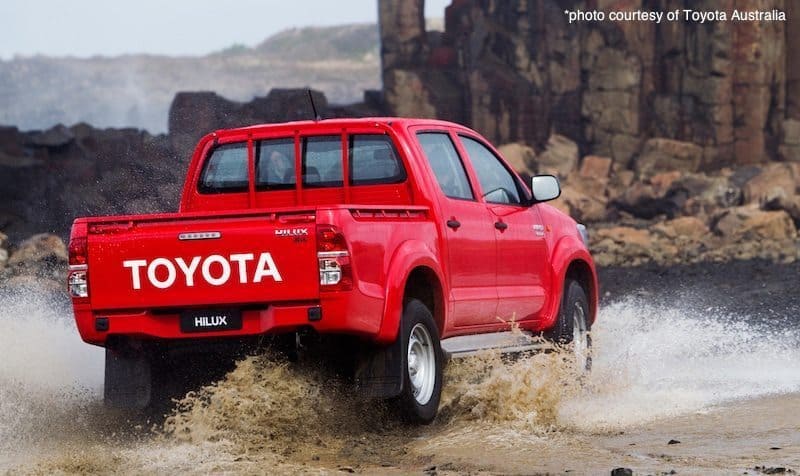 The 2012 HiLux not only provides you a vehicle that you can put to work, but adding one or more additional options, you can have a stylish vehicle to drive every day, with every creature comfort possible. It also provides you with the versatility of a vehicle that is capable of comfortable city and highway driving, and the ability to handle rough mountain passes with the 4X4 option. It is hard to find anything that the HiLux is not a good choice of vehicle for. When you want the most for your money and a good-looking vehicle you can take almost anywhere, perhaps one of the 35 versions of the HiLux is for you.