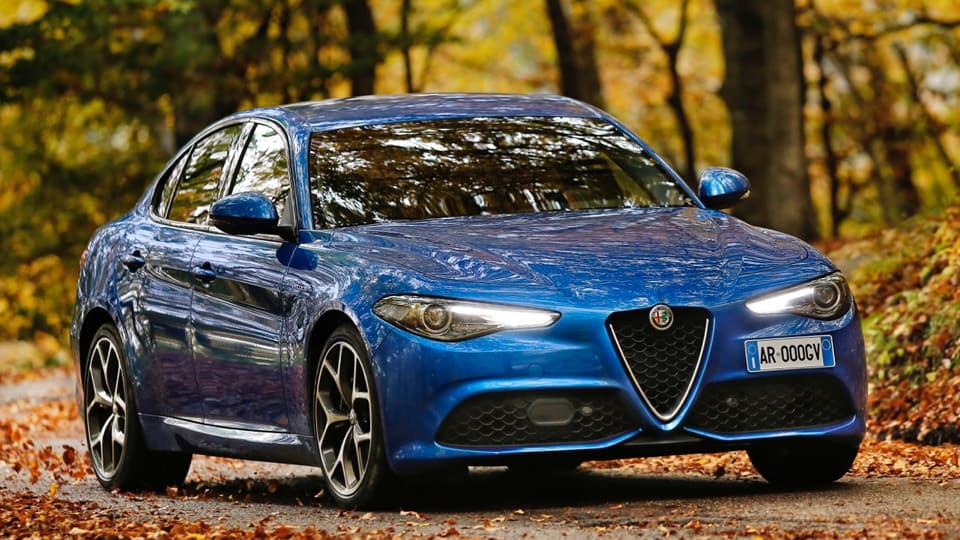 ALFA Romeo’s new Giulia has arrived – and it looks nothing like the original, which dates back to 1962 – and was always going to be a hard act to follow.

It was a standout. No other car had its unmistakable boxy design, which was an optical puzzle because it was actually very aerodynamic and had a drag co-efficient of 0.34 – better than many a sports car of the era.

The Giulia was made until 1978, and was available with 1.3 or 1.6 litre twin-cam power, with a Super model later sporting a brace of side-draught Webers.

The new ones have retained the brand’s sporty DNA (Alfa Romeos dominated the world’s early sedan, sportscar and Formula 1 scenes for decades) and buyers can choose from a range of four.

Our steed was the Veloce, and for those who don’t eat enough spaghetti, the name is Italian for ‘fast.’

As with the original, the all-new architecture combines a north-south mounted engine  with rear wheel drive, and the looks alone explain why Romeo was so besotted with Juliet, which is 16th century Shakespearian for Giulia.

The long, swoopy bonnet is fronted by the traditional shield grille with the absorbing badge of a great green serpent eating a man, and the tear drop profile was inspired by the Giulietta Sprint, one of the sexiest classic coupes of the 1960s.

It’s a fine mix of curves, racy angles and short overhangs, and it runs of a set of stunning 19-inch Pirelli-shod alloys.

Inside, it’s leather and tech, the steering wheel with the start button embedded in it and the sweeping stitched leather dash is another work of art.

A pair of cowls house the main info displays and there’s a big multimedia screen with a rotary pad controller and a pair of outsize alloy paddles for swapping cogs in the  eight-speed auto shifter.

You need to extend your fingers past the paddles to set the blinkers in motion.

Or you can just use the selector lever, which I found a bit fiddly with its BMW-style P button and another button behind the lever to get forward or reverse cogs. 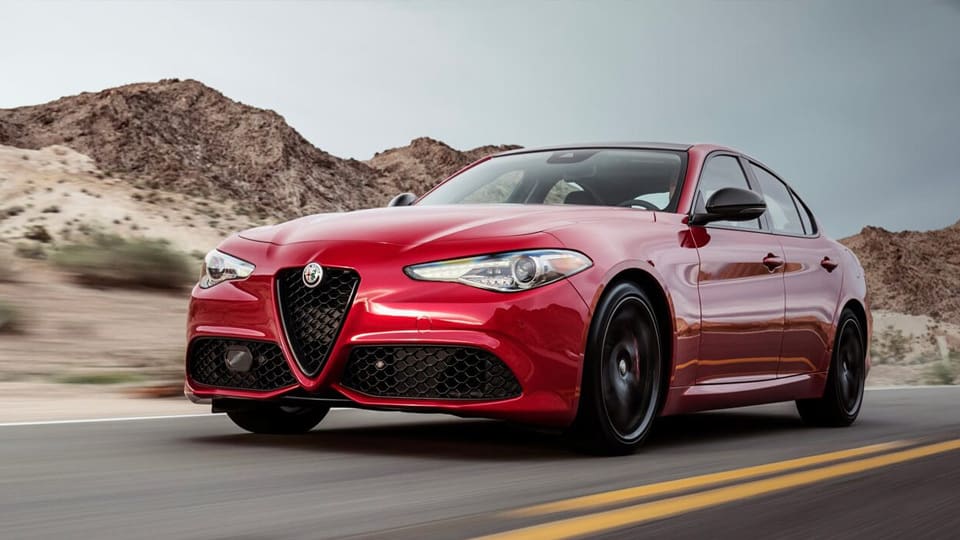 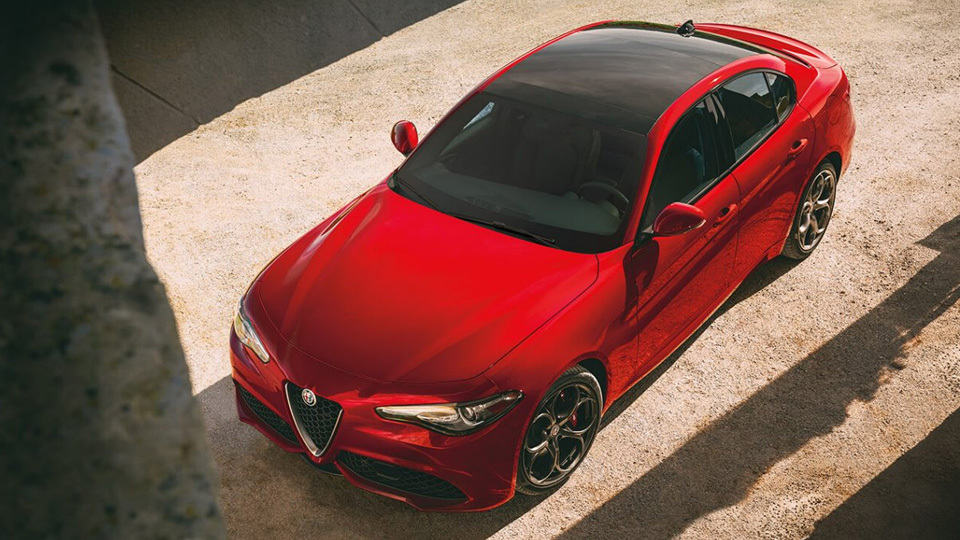 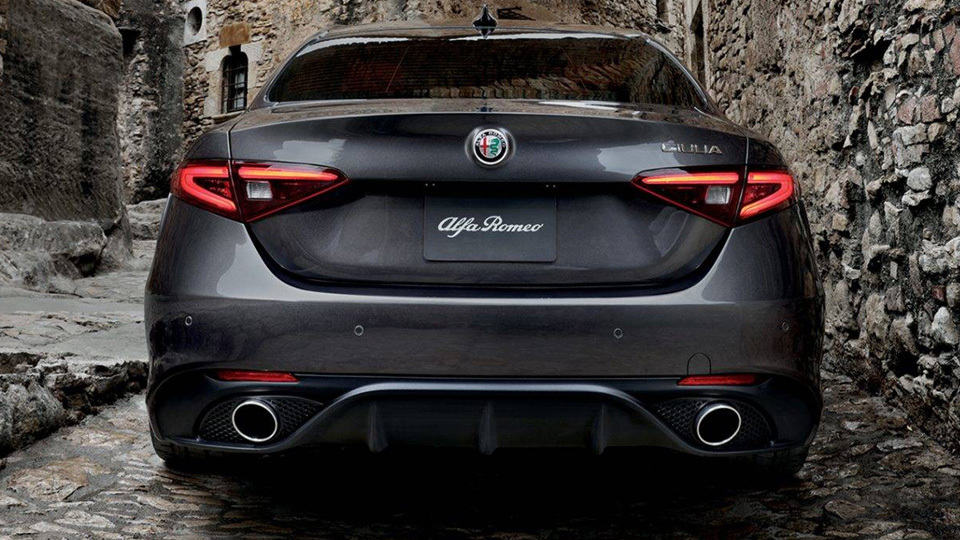 Also, the car has an electronic ‘parking’ brake, which I’m a bit at odds with. Much prefer a proper handbrake. But that’s just me.

A ‘Q2’ badge on the boot refers to the standard limited slip differential and other items included in the price are powers and heated sports front seats with memory, keyless entry and start, alloy sports pedals, satellite navigation, a 7.0-inch colour TFT dash display, reversing camera and front and rear parking sensors.

Then there’s the rotary DNA button – dynamic, normal and advanced efficiency – that influences the engine, transmission, steering, suspension, brakes and accelerator to help drivers get the most of out of their car’s handling and performance.

D is the one to use if you want a constant smile on your face.

The car naturally comes with all the tripe of the day, such as cup holders, USB and aux ports, pockets and bins, but no Apple CarPlay or Android Auto, which I didn’t mind.

I tend to not eat fruit or use my Samsung while in a car. Any car.

The Giulia seats four in comfort, has a big (480 litres) lined boot with a cargo net and tie-down hooks, and the split-fold back seats can be flattened in a jiffy to make much more space. No spare wheel though.

Propulsion is by a pedigreed alloy 206 kW/400 Nm 2.0 litre four-cylinder turbo that drives the back wheels via a sophisticated ZF transmission and uses premium fuel at the official rate of 6.1 litres/100 km.

We averaged 9.9 on our mixed run, including a couple of squirts to see if the claimed zero to 100 km/h of 5.7 seconds was correct. It was. 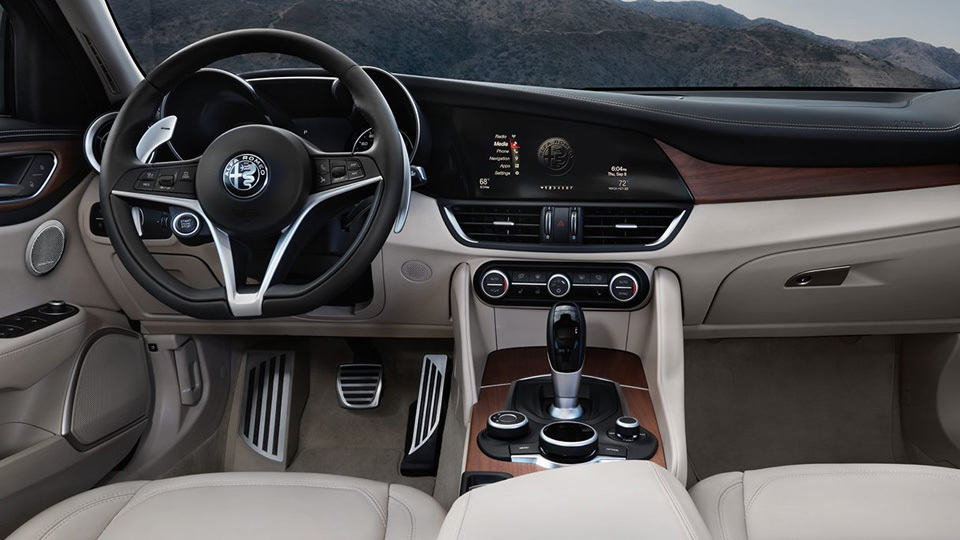 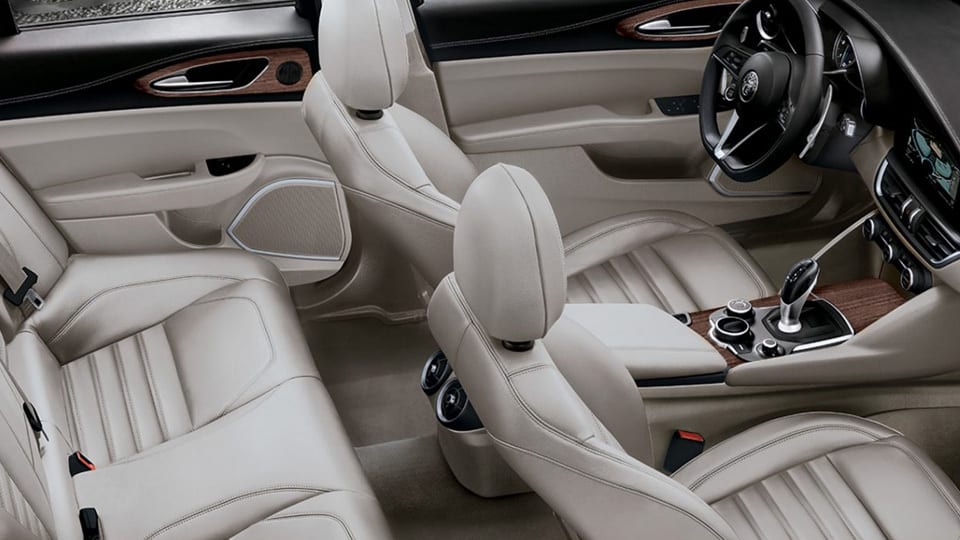 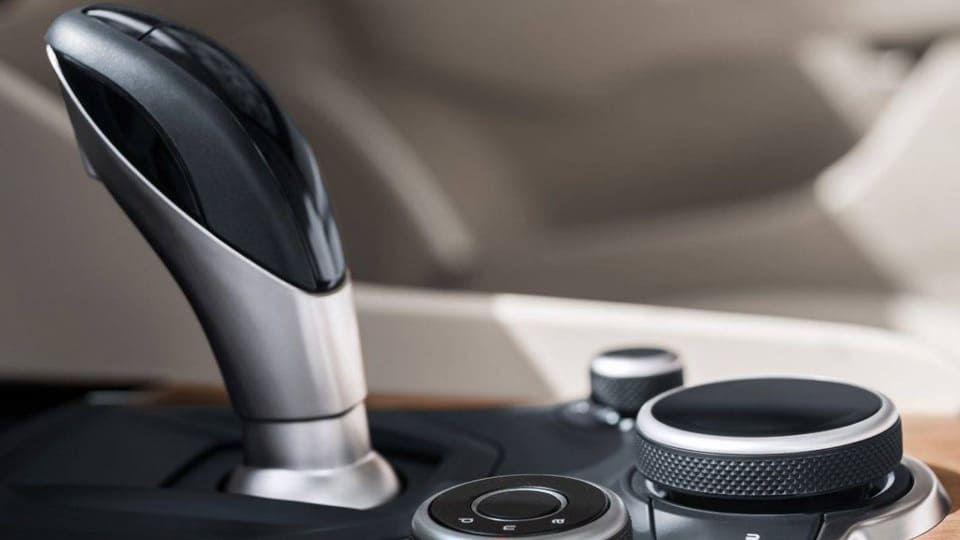 Alfa Romeo started life as a competition brand and this one had bits of Fangio, Farina and Fagioli in its balance, steering, braking and handling. Just lovely.

‘The Giulia is every bit as good as it looks, with its evocative lines telling a different story from the masses of humdrums.

‘The inside is a lovely place to be, well thought out and easy on the eye with probably the best (8.8 inch) integrated display on the market.

‘To navigate it there’s a rotary tunnel control for satnav and digital radio and the Harmon Kardan surround sound system is impressive.

‘The engine did not emit the raspy note I expected. But it does pack a lot of punch and we know turbos tend to kill nice noise with wind noise.

‘The drive is great. The Veloce has an exceptionally fast steering which is a little light but is scalpel sharp in precision and perfectly coupled with the 235/40 19-inch Pirelli PZero rubber, giving a very rewarding drive.

‘Overall an entertaining and engaging drive, especially in tiptronic, with so many gears, bags of power and grip.

‘The Veloce seems to be the best choice of the range and feels every bit as good, or better, than rivals from India and Germania.

‘Dynamic mode, with the soft damper setting, is my pick… it’s a great feature for a sporty country drive.’

Verdict:  An excellent blend of style, looks, luxury and performance. It’s a big ‘yes’ from us. 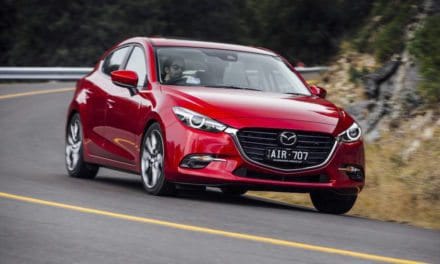