What do you get when you take some features from the well known Volkswagen Passat, mix them with the AWD capabilities of an Audi, an then extend the rear end a bit? You would have the 2013 Volkswagen Passat Alltrack. 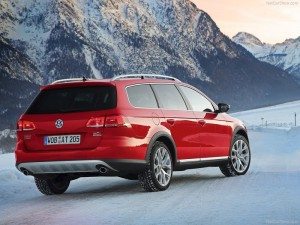 Now to begin the 2013 Alltrack is a brand new model so you’re going to have to expect that there will be something about it that you or I don’t really approve of. First off, let’s get to the styling of this vehicle. Apparently, Volkswagen designers ventured out into the wilderness one day and thought to themselves that we need a third vehicle in our lineup that can handle the rigors that come with driving in various terrains, and seasons. So basically the Touareg, and Tiguan were not enough. A car that could possibly rival the Volvo XC70 would need to be built so that VW could try to capitalize in another market sector.

The 2013 Alltrack comes with a slight assortment of engines that help get this car going. According to the trim level, you would seem to have two options per trim. For the most part the 2.0L engine whether it be petrol, or diesel is the common choice, but there is a lesser, somewhat more fuel conscience 1.8L available as well. For 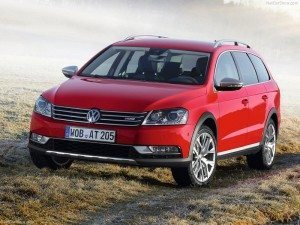 the most bang for your buck, most drivers would opt for the Standard 4MOTION, 2.0L TDI engine that creates 125Kw of power, but maxes out at 350Nm of torque between the 1,750 & 2,250 RPM range. For what it’s worth, this version of the engine has been in various VW models for decades, and is known for its low end torque. That same torque moves this Alltrack from 0 to 100km/h in about 8.9 seconds, all the while sipping on fuel at a rate of 5.9l /100km, and the number doesn’t change in AWD mode either. Not bad at all.

Exterior styling for the Alltrack is a gentle melding of Volkswagen style, where the usual aggressiveness has been toned down to make this car appear more savvy, than angry. The stance of the Alltrack is obviously higher than your standard “On Road” Passat, and with that comes the widened wheel wells, standard 17” Valley wheels, all terrain tyres, and a much improved suspension set up. The height of the Alltrack makes this car seem to want to be bigger without the fear of rollovers and such. Smooth, and angular lines from front to back catch the attention of all who happen to come across it. 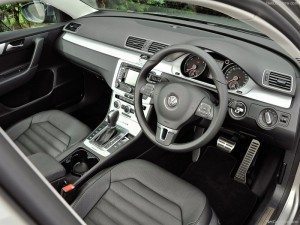 The interior of the Alltrack is simply marvelous. Plush, but yet firm leather seating throughout the entire cabin welcomes all who would take a rest in the lap of function & luxury. Like in other VW models, chrome or Aluminum pieces surround almost every switch, button, or dial you can get your hands on. A premium audio system, coupled with comfortable seating, allows you to relax to where ever your right foot may want to take you. In the front of the cabin, a plethora of electronic features, and safety devices ensure a massive amount of confidence while on the road. Creature comforts that would go unnoticed would be the multi-clutch rear differential that allows for most seamless shifts imaginable.

The safety features such as Electronic Stability Programme (ESP) helps the driver by controlling wheel spin, traction control while towing, constant adjustment of the suspension, and much more. A new feature is an automatic parking brake function. If the driver of the Alltrack happens to unbuckle his seat belt before putting the car in PARK, the CPU immediately engages the parking brake to prevent roll away. Nice right? More items like the standard six air bags, and Hazard Light activation under hard braking just add to the already high level of safety in this car. 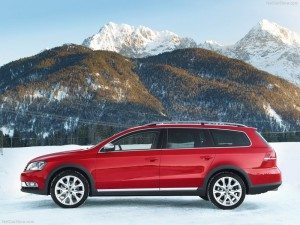 Other features like the Bi-Xenon head lamps, LED taillights, Sat-Nav, Blutooth, folding rear seats, phone modules, Ipod connections, MP3 player, and a brightly illuminated gauge cluster all make this car a worthy opponent for the Volvo XC70. As it stands now, the 2013 VW Passat Alltrack has been given a drive away price of around $52,250. it sounds like a lot, but I believe it’s well worth it. 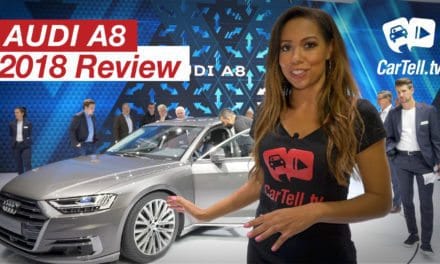 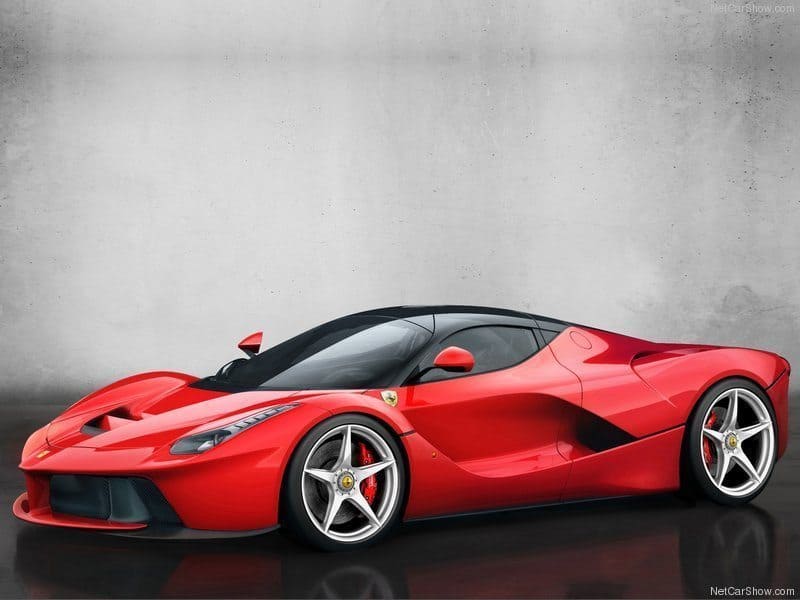