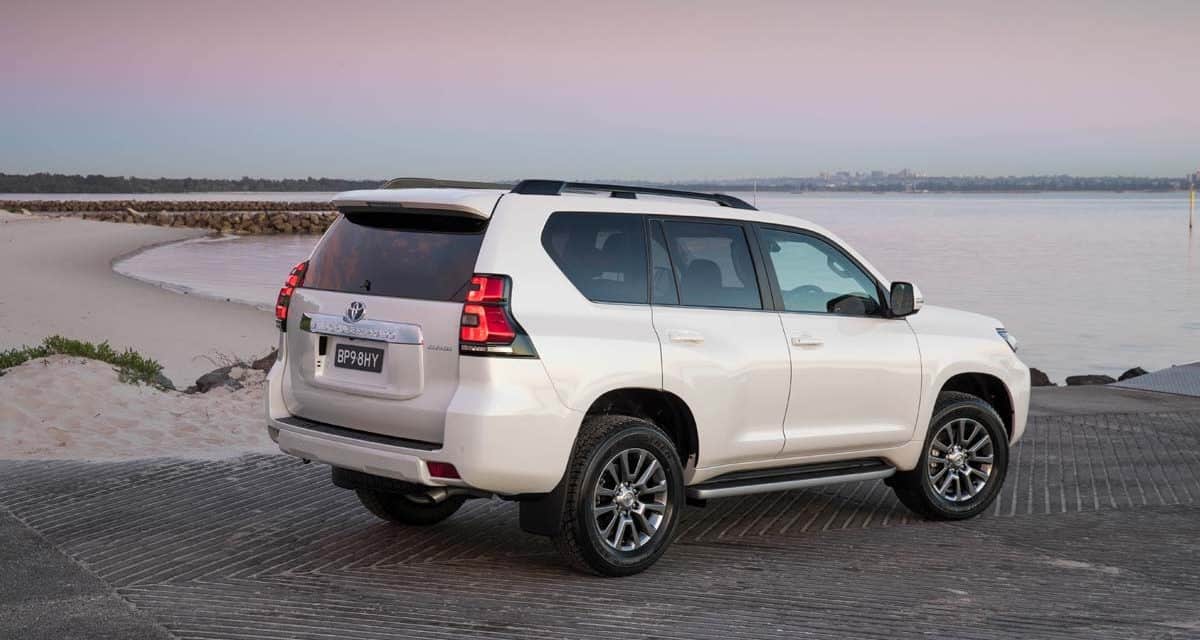 Everyone knows that many more 4WDs are used for the school run than for traversing the Outback, none more so than Toyota’s Prado.

But a bugbear for drivers — many of them women — is that getting the school bags or groceries from Woolies/Coles/Aldi into the cargo area requires a determined tug of the rear door, because apart from the weight of the big door itself, it has around 20kg of 17 or 18-inch spare wheel attached to it.

Also, if you’ve parked your Prado on a bit of a slope — well, you’d need to be Superman (sorry, Superperson) to open or close that door.

So the good folk at Toyota have done the right thing and made the Prado available without the pesky outside spare wheel.

It’s a no-cost option, and you can still get it with the outside wheel if you want.

The ‘relocated-spare option’ (it’s now mounted under the vehicle) for automatic GXL, VX and Sahara variants follows a similar move on special-edition models a few years ago.

So instead of a solid door, you can now have your urban tank with a much prettier and useful see-through rear door, thanks to a hinged a glass hatch which offers access to the cargo zone without having to first wrestle with the door.

However, the relocated spare comes at the cost of losing the vehicle’s 63-litre reserve fuel tank, which had to make way for the spare’s new location.

However the main 87-litre fuel tank is retained, which should suffice.

Toyota’s smoke and mirror folk claim the company ‘conjured up some extra magic’ by making the Prado’s spare wheel ‘disappear.’

It has been the best-selling vehicle in its segment for eight of the past 10 years.

Sales should soar now Prados can be had in a more mama-friendly version.