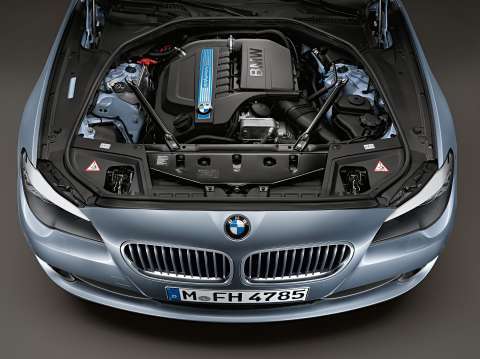 Now that ‘clean and green’ has finally become a dogma car manufacturers globally live by, one trend has set in that many car lovers aren’t too happy about: downsizing. The (perhaps over simplified) philosophy isn’t rocket science: chuck a turbo on an engine and it’ll provide more power. Consequently, a smaller displacement engine will suffice to achieve similar power ratings.

Or better, because that’s one of the plus sides of downsizing, next to, obviously, a lower fuel consumption. A German study by the University of Duisburg-Essen in the news this week stated consumers – the research states German consumers, but I’ll be damned if this doesn’t apply to consumers globally – want more power from their cars. The average new car sold in Germany now sports slightly over 101 kW. A year ago this was only slightly over 99 kW and the year before that it was just under 96 kW.

As a fan of BMW and owner of one too, I was interested to learn that the average German-sold BMW churns out 194 horses, or about 143 kW. That doesn’t only mean the average BMW has more power than the other German premium brands, Audi (average 132 kW) and Mercedes (129 hp), it also means my 1998 328i is exactly an average BMW, in terms of power at least. It’s not the power output that I bought it for though, it’s the sound it makes. Or rather, noise.

Sidestepping for a moment, I actually have my questions about the practical effectiveness in terms of reducing fuel consumption. Sure, when you run a fixed test cycle, like the New European Driving Cycle, a small 1.4 litre turbo is bound to be more fuel efficient than a 2 litre with the same power rating. But what about in practice? When you want any sort of performance from a small engine with turbo, you’ll need to rev it up, something definitely not part of the New European Driving Cycle. And what happens when you rev it up? The little engine starts to get thirsty, up to a point where it might actually drink more than the atmospheric 2 litre competitor.

In fact, my girlfriend and I did the test once. We ran her little 1.4 litre city car against my Bimmer. At low speeds her car is more efficient, though perhaps less so that you’d expect, but at high speeds, above 120 km/h, the Bavarian Beast beats the hell out of the little car.

Back to business. BMW has been making amazing, oh-so-smooth straight six engines for ages. Mine has a displacement of 2.8 litres and sounds like thunderstorm in the distance at low rpm and a dual-wielding axe murderer on the job when I step on it. And it’s precisely this that makes me not too excited – understatement! – about this downsizing thing.

The previous generation of the BMW 3-Series, the E90, had a six cylinder engine on anything from the 323i to the 335i (the M3 boasts a V8, which isn’t very BMW either, but that’s beyond the current discussion) for the petrol motorisations and from the 325d to the 335d for the diesels. For the new generation, the F30, which looks stunning by the way, only the 335i and 330d are so lucky. Everything else, even the 328i, which historically has quite a name, has to make do with a 2 litre four-cylinder. And it makes me sad!

About that new 328i; with 180 kW and 350 Nm of torque, it definitely isn’t underpowered! And with a zero to 100 km/h rating of 5.9 seconds and a (limited) top speed of 250 km/h it isn’t slow either. In fact, it’s a lot more powerful and a lot faster than my own 328i of three generations ago. But the greenhorn can never beat my car on one front: the sound!

No matter what car-makers try to do to smaller engines, ranging from fitting a couple of valves in the exhaust system that open up to make more noise above a certain rpm, to amplifying the exhaust noise using the car’s speaker system, there’s no four cylinder engine that can match, let alone beat, the sound of a smooth straight six. It’s a law of physics!