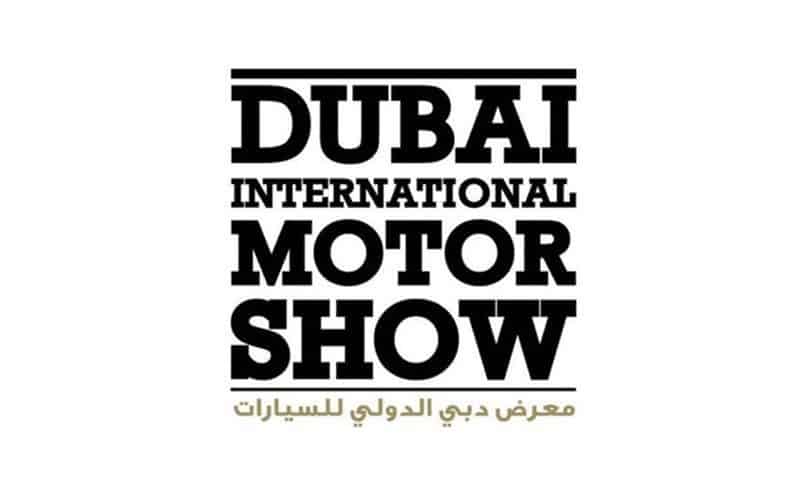 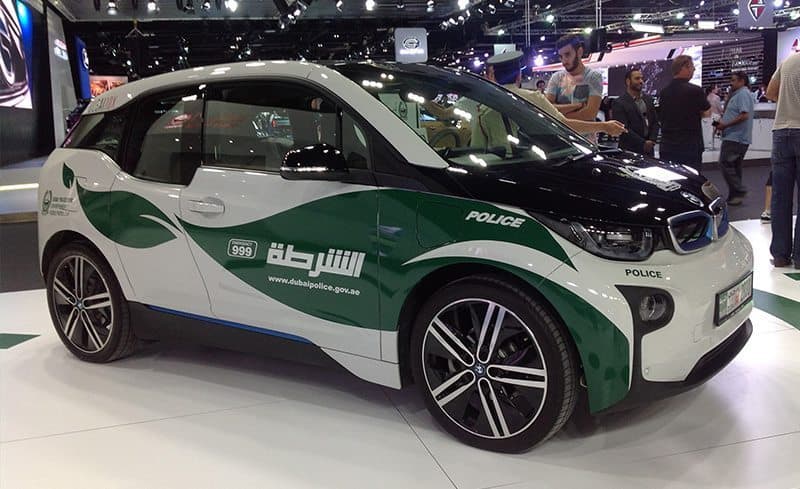 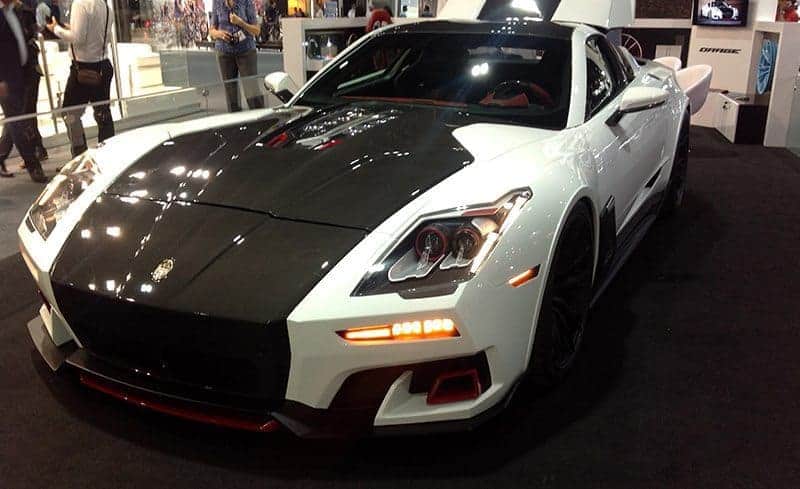 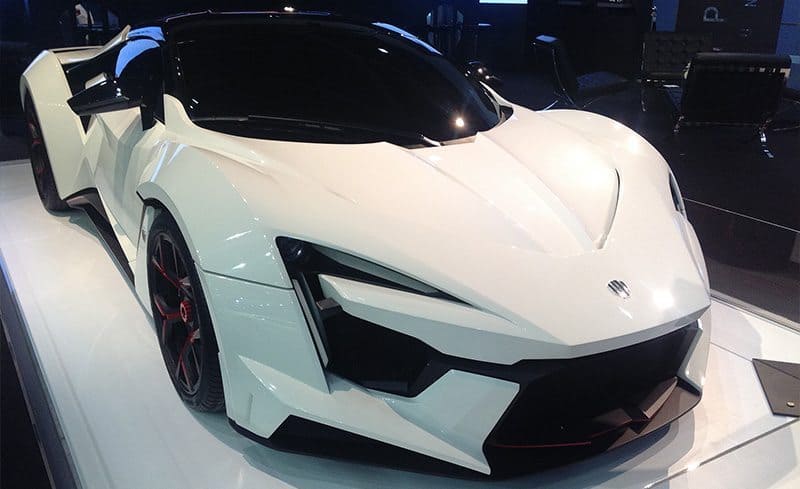 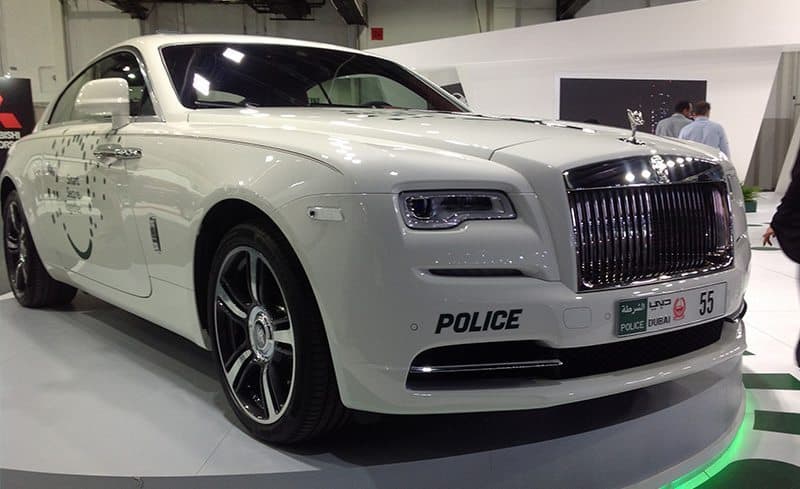 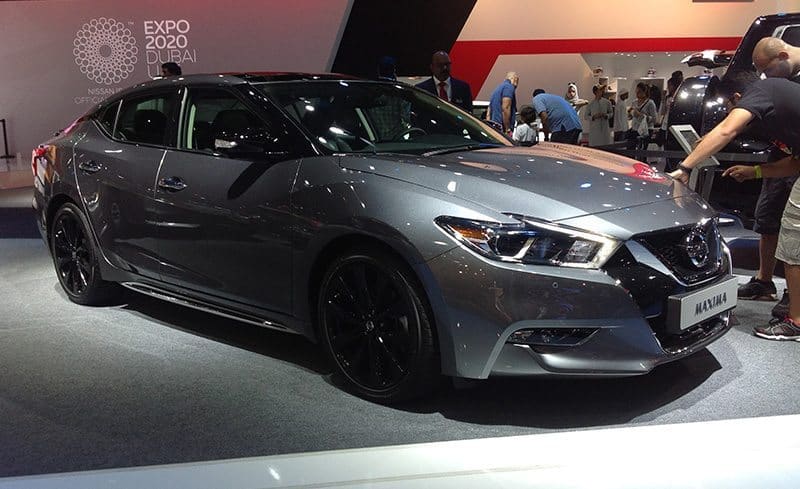 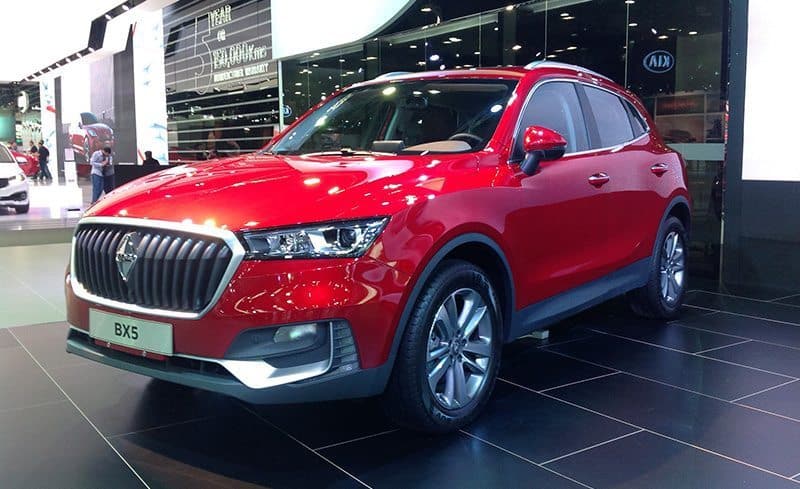 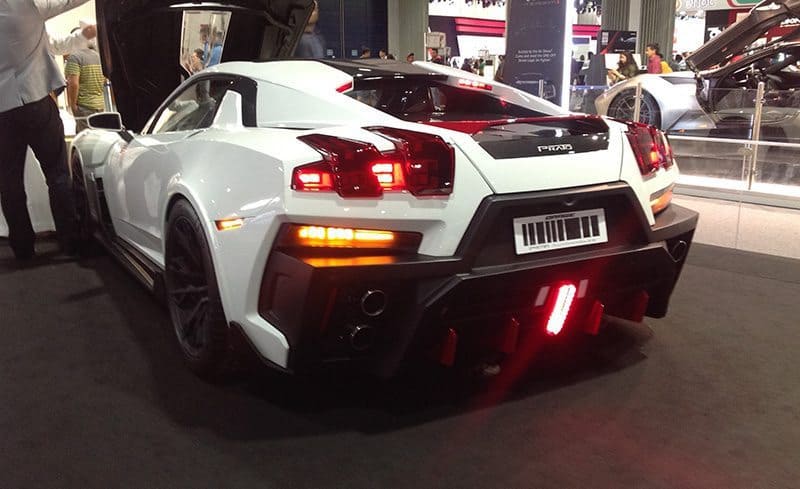 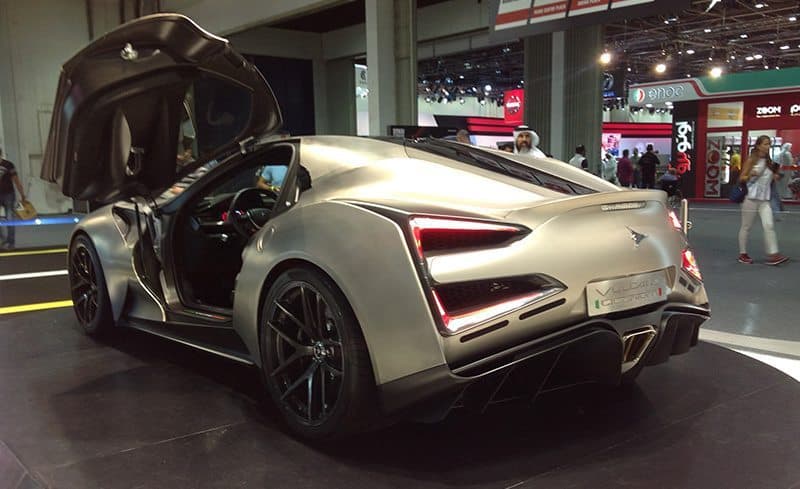 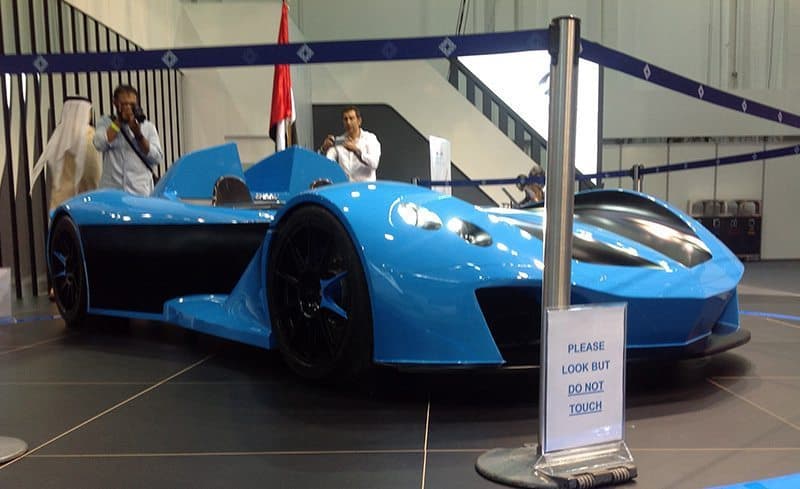 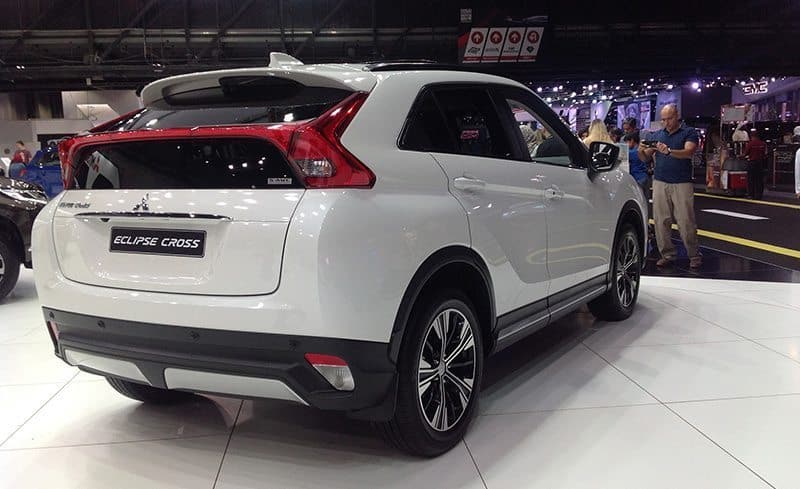 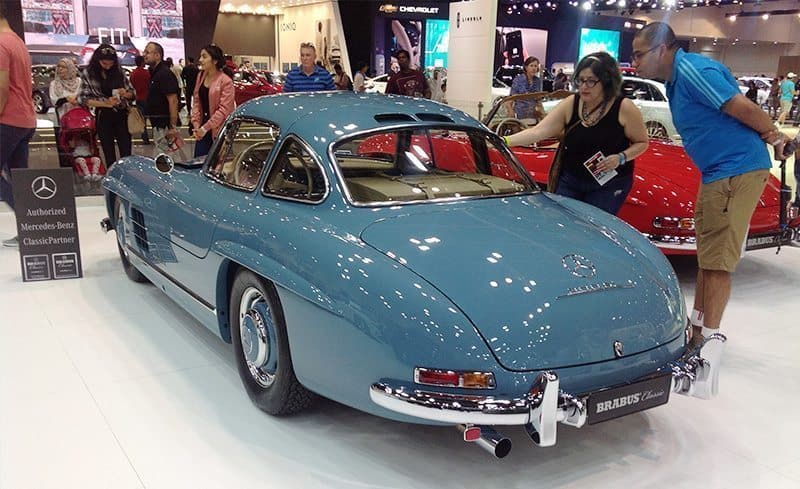 AN 8.1litre 900kW sports coupe that is switched on by a fancy wristwatch, another with diamond-encrusted headlights, a third supercar made of titanium – and the return of a much-loved German brand of yesteryear – were among the standouts of the 2017 Dubai International Motor Show.

There was also a an Arabian sports-racing car called the Shaali and another, the Fenyr, named after a vicious mythological wolf, that uses a 4.0litre turbo motor and 7-speed PDK gearbox to run to a 400km/h top speed.

The event in the United Arab Emirates drew big crowds and many potential buyers as the international makers of established and emerging brands showed their latest products and creations.

Making a world-first appearance was new French brand Prato’s Orage, limited to 19 cars, one of which will run at Le Mans next June.

It costs $US1million, comes with a watch from Ateliers deMonaco, and the timepiece is literally the key to the Orage, with the car’s chassis number carved into the watch dial.

It’s a true driver’s car, devoid of space-age technology and numerous driver-assist aids that turn cars into mobile computers, the Orage is said to make the driver feel the car is an extension of himself.

‘Each input translates to an immediate tangible response,’ the company says.

Orage, French for ‘storm fate’ claims three world premiers: it has the most powerful naturally aspirated V8 in a production car, it’s the first with full OLED technology for its optics and the first to use 24 carat gold connectors for total reliability in extreme conditions.

The engine management system restricts power to 487kW for road use, but switch to race mode and another herd of wild horses is released to up the muscle to a mind-numbing 900kW.

It runs to 100km/h in 2.8sec and on to 370km/h at the top end. Prato has worked with Michelin to get the ‘highest level of performance’ on the twisty bits. 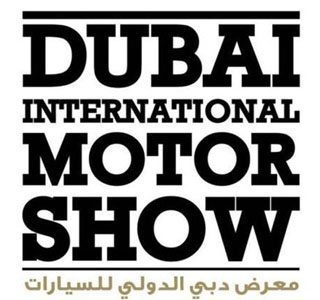 Then there’s the Sixteen, a supercar from Dubai-based Devel.

The company started in Beirut but moved to Dubai in 2013 and has used the motor show to unveil its prototype, which it claims will be the fastest car in the world with a top speed of about 480km/h.

Devel also showed its Sixty, a military-style six-seat SUV with a 6.7litre V8 turbo under its skin, which could be just the thing for fast progress through peak period city traffic.

Unlike the Sixteen, the Sixty will be built in the US.

Another Arabian hottie was the Fenyr SuperSport, from Dubai’s W Motors, described as ‘a wild creature with a full carbon-fibre body and a light-weight aluminium chassis.’

It’s a ‘supercar developed with a focus on achieving the best performances without compromising its inherited luxury.’

W Motors also has its slightly milder Lykon Hypersport, the one with diamonds around its headlights. It too has RUF mechanicals producing 585kW and only seven will be built ‘for exclusivity.’

And then there’s the Icona Vulcano Titanium, an Italian creation billed as ‘beauty meets power.’

Apart from its titanium construction, it boasts input from ex-Ferrari director Claudio Lombardi and Mario Cavagnero, of Lancia and Peugeot racing fame – and a price tag of USD$2.9million.

Aston Martin also got into the hypercar act with its Valkyrie, which it says comes as close as possible to a Formula One car without being restricted to the track.

Its tech bits comes from Aston’s involvement with Red Bull Racing, but it has a 6.5-litre V12 developed with Cosworth and is different from a traditional hybrid system in that the V12 is torque-enhanced during take-off and uses the electric motor for a power boost.

German auto specialist Brabus, which now also has a Middle East operation, has moved into the restoration business, buying classics or restoring them for owners.

It had an as-new 1950s Mercedes-Benz 300SL Gullwing on show as well as a few other cars, all with a two-year unlimited distance warranty.

Borgward, once one of the top three German carmakers before it closed shop in 1963, has been revived by one of the family and showed a trio of SUVs with 1.4 and 1.8litre motors, 2 and 4WD, manual or auto shift.

Despite claiming dynamic elegance and other superlatives, the BX5, 6 and 7 models looked pretty much like any of the other squillion SUVs on the road. Still, it was good to see them back. Whether the BX will rise to the popularity of the Borgward Isabella of yesteryear is doubtful.

Another surprise was the display of the Dubai Police.

No Commodores for them, thanks. They have a brand new Rolls Royce to cart baddies off to the clink and a fleet of BMW hybrids and Nissan Patrols for other duties.

Other brands were in Dubai in profusion, many not often seen in Australia, among them Cadillac and Lincoln. 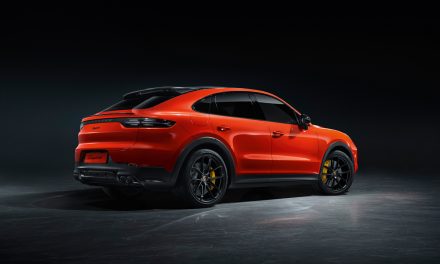