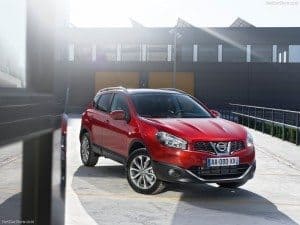 In today’s segment we are going to discuss a Nissan that isn’t new to the Aussie market, but has found it’s way into garages all over. The 2012 Nissan Dualis Ti-L 2WD.

The 2012 Dualis Ti-L seems to present a bit of a quandary in the form of what type of car, or vehicle it is. For the most part, the Dualis has the stance of a small to mid-size SUV, but being that it’s 2WD it falls way short of being part of the SUV genre, and for that reason a lot of us feel that it slots into the “Tall Hatch” genre. Like it’s American cousin the Rogue it would be more practical to classify this car as a small cross-over in its 2WD form.

With that settled, let’s talk about the engine for a bit. The 2012 Dualis 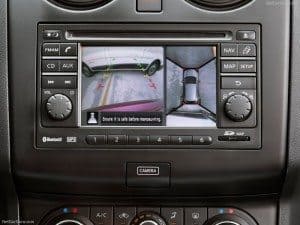 comes to the market with a disappointing 4 cylinder engine that only makes 102Kw of power, and 198Nm of torque. For the most part, it’s current rivals have the Dualis at a proper disadvantage when it comes to motoring about with either more than 2 passengers, or with some fairly heavy cargo. Even with the weak power plant the patented Nissan CVT still manages to provide the driver with a high level of ease when behind the wheel.

The interior of the Nissan Dualis pretty much makes up for the lack of power it has. The drive in the Dualis is extremely quiet thanks to the CVT, and road noise is pretty much nonexistent. To compliment the lack of exterior noise Nissan added superb audio system that fills the cabin like a flowing stream of water that you would soak your tootsies in after a long walk about the trails. Soft and very comfortable leather seats hold onto the driver, and passengers while you’re on the road. As an added piece of luxury, the panoramic sunroof that does nothing short than let the entire sun & sky into the cabin for all to enjoy.

Exterior wise, the 2012 Dualis is a car that has the look of a tall Hot Hatch that was too big to play with the little 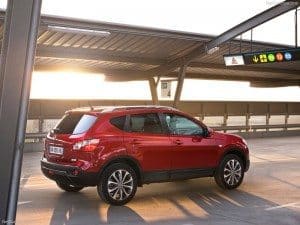 ones in the playground. A fairly high 188mm clearance, coupled with 18” alloys wrapped in all weather tyres, the Dualis still raises an eyebrow or two when it’s sitting still. Plastic lower cladding wrap the entire body, and set off a two tone look about the car that’s very impressive. The front fascia of the Dualis has a slight Volvo-ish look in the grille area, but overall the car is a pleasure to look at.

In the long scheme of things the 2012 Nissan Dualis has it’s ups, and downs. The UPS would be the the five star safety rating it has received, the 3yr – 100,000km warranty, plush leather seating, retractable blinds, Nissan’s Around View Monitoring, MP3, USB, Blutooth, Stability Control, and much more. The DOWNS, lack of basic power to haul itself & it’s passengers up hills without a struggle, poor visibility out of the rear window, no rear climate controls, and the price of $34,040 dollars + on roads. 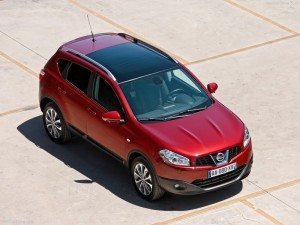 So, for the most part the Nissan Dualis is a vehicle that has the look, but doesn’t have the brawn to back itself up. Literally. With stiff competition from the Toyota Rukus $32,990, Honda CR-V $31,790, and the Hyundai ix35 $32,590 the Dualis will need to step up, and step out in order to surpass the current genre market leaders.