Let’s see, how should we play this out? OK, what car has been on the road for quite a bit of time, and has a very strong, and loyal following? No idea? Here’s another clue for ya. Its American counterpart is currently stronger, faster, and more agile than the current Volkswagen Golf. Still, nothing? Well all right the answer to all of this, and the car of this review is the 2013 Ford Focus ST. 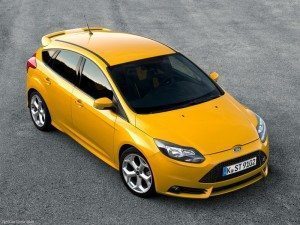 As it stands right now, Ford has been the company that has been in the news more often than none, and most of the jabber has been about ending the Falcon line. More over, laying off workers who have been loyal to the Blue Oval for years now, and are now faced with some potential hard times. That news may be averted with the new Focus reaching Aussie shores. (Finally!!)

The Ford Falcon has been a somewhat staple in the Aussie driving community, and shifting gears to adapt to a new player may be a bit of a pill to swallow. Nevertheless the Ford Focus has already proven itself in the Americas, and now it’s Australia’s turn to enjoy some of what this new Hot Hatch has to offer.

First off, the Focus St will only be available in a five door, hatchback version, but don’t worry this is not a bad thing. 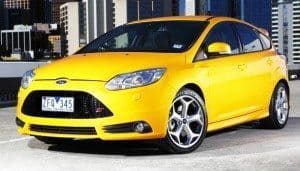 More or less, or most likely Ford will need to judge sales numbers before they can authorize the sale of the two door, and estate versions of this car. Continuing on, the 2013 Focus’s power plant is a 2.0L EcoBoost 4 cylinder mill that was built in Germany, and produces 184Kw of power, and 340Nm of torque. Some quite respectable numbers from a five door hatch. Power is sent to a six speed manual gearbox that can deliver a top speed of 248km/h, and a 0 to 100km/h in about 6.4 seconds. In this format the Focus ST’s fuel consumption rounds off at 7.4l per 100km.

The exterior of the new Focus is simply stunning, where as the front fascia alone demands the attention of onlookers everywhere. The bold in you face grille, that has found its way onto a few of the Ford models makes its presence known to those who are familiar with it. Smooth lines, and flawless curves, assist in the constant flow aerodynamics, as you work you way from front to back. A rear deck spoiler helps in keeping drag ratios down to a minimum, all the while maintaining the Low Key Hoonigan Look. A stealthy looking “ST” lower skirt body kit, brings the hunkered down look 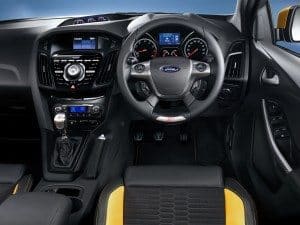 into focus. Match that with 18” alloys, and center mounted exhaust, and you have one sweet looking ride.

To wrap up, the interior of the Focus ST is pure aces mate. Leather wrapped shift knob, Recaro buckets that have been masterfully bolstered for more than aesthetics. Leather treatments everywhere, with an exterior color matched stitching, and let’s talk about the infotainment for a second or two. The Ford SYNC system is ready for action in this beauty, and that entails a high output 9 speaker sound system, that can play CD’s, MP3’s, and can even connect your smartphone via Blutooth capabilities. There’s also dual climate controls, TPMS, rain sensing wipers, Bi-Xenon headlights, traction control , front driver, passenger, and side curtain airbags, and much much more, that damn near come as standard bits on this car. The pricing for this car stands currently at $39,280 dollars which is a full $10,000 less than the brand new VW Scirroco, and by the way the Focus has more power too.

For the most part this 2013 Ford Focus promises to breathe new life into an already saturated, and slightly drowning 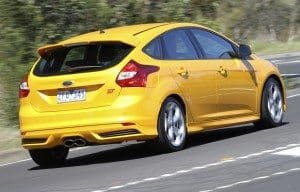 sector of cars that are either losing their balls, or are just full of themselves. Cars such as the Opel Astra, VW Golf, and Renault Megane need to beware of the Focus. It won’t be long before they get knocked off of their pedestals in a Hoonigan Approved, fashionable Hot Hatch. 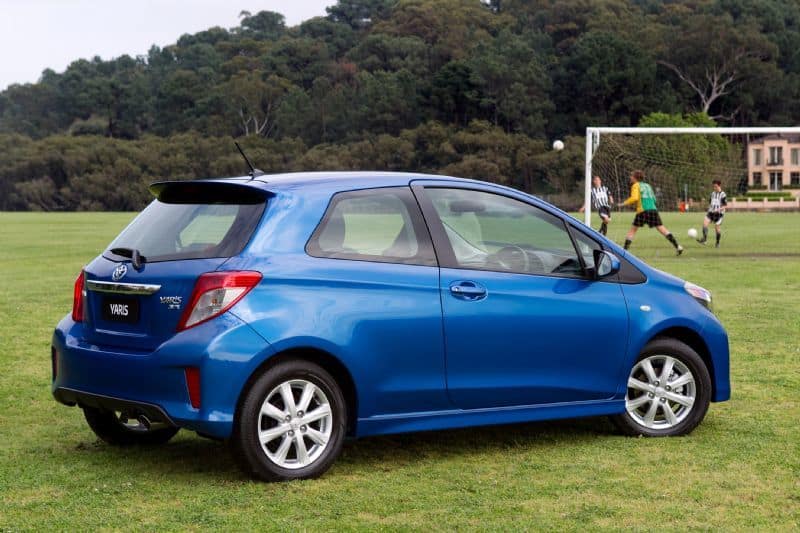 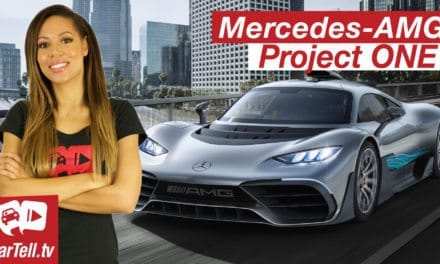