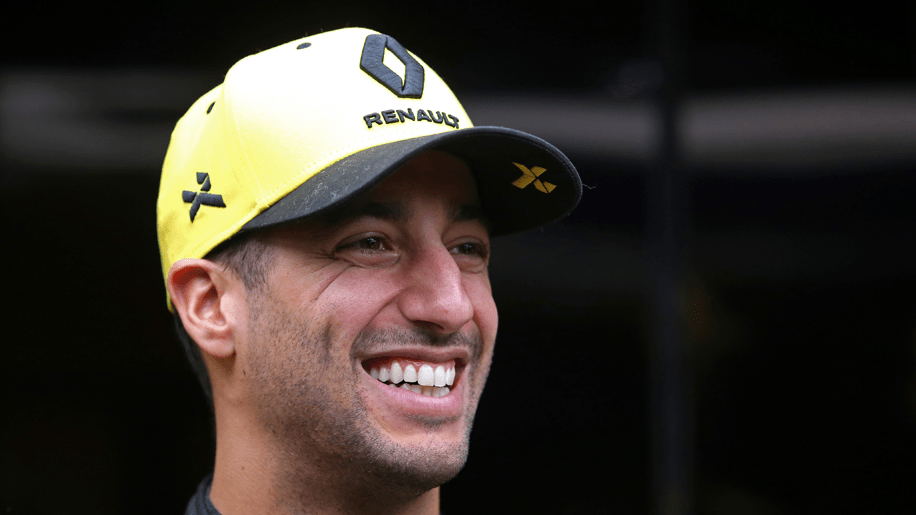 IT’S just days to go before the first Formula 1 Grand Prix of the year, and Daniel Ricciardo is pretty upbeat.

“It’s an exciting thought that my first race for Renault is my home Grand Prix,” he said.

“There’s always so much hype at the start of the Formula 1 season, and this has been amplified by me joining a new team.

“I’ve had this date circled since I announced I’d be signing with Renault and I’m looking forward to getting race week started. It’s been a long winter with a lot of theories and speculation going around, but the race track is where we settle all that.

“We had a good winter test, I’m growing happier every time I step into the car and the first race will be especially exciting.”

“I’m very excited to head out to Melbourne.

“At testing, and across the winter, there was a lot of speculation and anticipation, but the first race weekend is when the talking stops and we find out for real where we stand.

“Testing went reasonably well, but we don’t know anything for certain until we hit the track in Australia.

“The midfield will always be competitive, but we focus on ourselves, stay on top of things and ensure our developments give us improvements.”

“We have a new car that has shown potential in Barcelona”.

“The power unit has made progress and our driver line-up of Daniel and Nico is perhaps the strongest on the grid.

“There is a lot of expectation for the first race, especially with Daniel’s debut for the team coming at his home Grand Prix.”

“Beginning the season on a street course throws up some challenges, especially after coming in from testing on a smooth, permanent surface (in Barcelona).

“The track is usually a bit dirty on Friday with lack of grip and there’s always a challenge in striking a good setup as it’s a bumpy circuit.

“Drivers and engineers almost need to start from zero compared to Barcelona testing.”