2014 Kia Cerato Koup Gets a New Look and More Boost 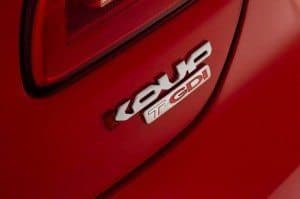 Since 2009 when the first Cerato Koup made its debut, it has received many accolades for embracing the true look of a sports coupe. For 2014, Kia wanted to make its all-new Cerato Koup not only look, but act, like a true sports coupe by adding a turbocharged choice of this fuel-friendly coupe. While Kia is a relative newcomer to the Australia automotive market, they have transformed themselves into a contender in the economy sports car segment. The redesign of the 2014 Kia Cerato Koup was the product of Kia America, where the Cerato Koup is known as the Forte Koup. With the spotlight continuing to be on affordable, fuel-friendly cars, the 2014 Kia Cerato Koup has an expensive look, great fuel economy and performance, at a value price.

Kia Cerato Koup gets a more chiseled exterior for 2014 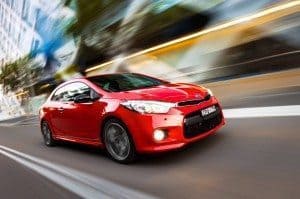 While the addition of a turbocharged power plant is the biggest news for the 2014 Kia Cerato Koup, for most consumers, what it looks like is still the number one concern and the updated 2014 Cerato Koup is one good-looking sports coupe. Kia’s American Design Centre is responsible for the facelift and succeeded in reaching their goal to add some “dynamic muscularity” to the Cerato Koup. This was accomplished by reworking nearly every exterior panel except the hood and front fenders to create a sleeker, “tougher” look. To enhance both the stance and handling of the 2014 Cerato Koup, it is both longer and wider, which adds more passenger room and boot space. The turbo version also receives its own unique style with the addition of a dark chrome grille, carbon-fiber look bumper trim, fog lamps and lower body skirts. For 2014, the Kia Cerato Koup will be available in your choice of Racing Red, Abyss Blue, Snow White Pearl, Aurora Black, Bright Silver, and for an additional cost, Metal Stream.

2014 Kia Cerato Koup offers a choice of quick or, HOLD ON! 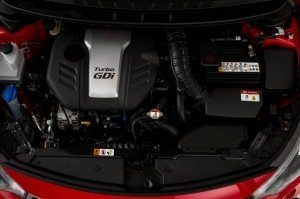 For 2014, consumers have a choice of three different version of the Cerato Koup; the Cerato Koup Si powered by the 2.0 Litre 4 Cylinder, the 1.6 Litre 4 Cylinder Turbo and the top of the line Turbo Touring. The 2.0 Litre petrol 4 Cylinder offers 129kW and 209Nm and can be paired with a 6 speed manual or 6 speed automatic transmission. Fuel consumption is quite acceptable at 7.3 l/100km for the manual and 7.4 l/100km for the automatic. Move up to the turbocharged 1.6 Litre petrol 4 Cylinder and you get 150kW and 265Nm under your control, again with a choice of a 6 speed manual or 6 speed automatic transmission. While with the increase kW you lose some fuel economy, but the turbo is still a fuel-saver at 7.7 l/100km for the manual and 8.0 l/100km for the automatic version. Kia has also equipped all the 2014 Cerato Koup versions with its new FlexSteer system that gives the driver the choice of Normal, Sport or Comfort modes based on their steering preference. The suspension has also been tuned to account for the lower stance of the updated 2014 Cerato Koup. In addition to an upgrading braking system, the Koup Turbo also receives a sound enhanced exhaust system.

And there is still more to the 2014 Kia Cerato Koup 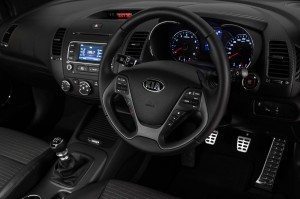 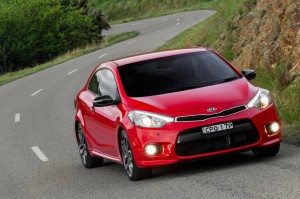 Overall, the 2014 Kia Cerato Koup is an affordable, fuel-friendly sports coupe with plenty of value for the money. As Kia works harder to gain a hold in the sports coupe segment, the addition of the turbocharged 1.6 Litre engine is a great way to start. The 2014 Kia Cerato Koup certainly looks much more expensive than it really is and with the increased size, offers more passenger and cargo room than any of the previous models. While it is by no means a great choice for a big family, it is a fun, sensible choice for those who are not quite ready to settle for the minivan and oversize family sedan just yet. 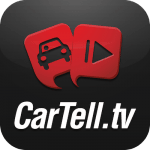