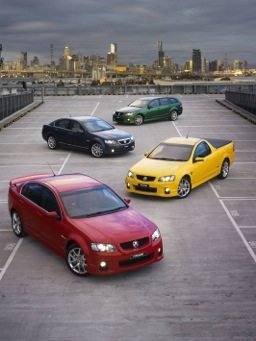 In some recent speculating news, General Motors has been looking into introducing another thrilling model(s) to their already stellar automotive lineup. Oddly enough the new model may have its roots from a car that some GM fans from “Down Under” can appreciate.

So far the buzz about GM is that they want to introduce a model called the Chevrolet SS to the US line up, but rather than come up with a totally new model, they are deciding on whether to use the 2011 Holden Commodore (US spec is the discontinued Pontiac G8.) as a certified test bed, or possibly go with something else all together. For the most part the designers at GM are leaning more towards the Holden line of cars.

If at all, the Holden line up has done nothing more than constantly prove itself over the years. The 25th Anniversary Edition of the Holden Commodore was just released earlier the is year, and thousands of hardcore adoring fans snapped them up like hot cakes. Not to mention that the Holden Ute has been an Aussie favorite for years.

An interview took place with a Holden spokesperson and the question was asked, “Does it look like the US will use the Holden line of models for it’s future projects?” Simply put, the spokesperson stated, that there were no finalized decisions on whether the any particular Holden models would be exported, but the new free trade agreement between the United 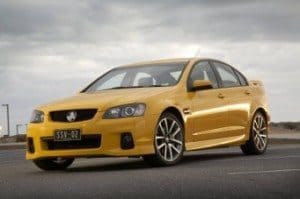 If the deal were to go through, it would mean that the US would actually extend their line up by three vehicles. The Holden Ute would become the reborn El Camino. The Holden Commodore would be the new SS, and the Commodore Wagon would become the new Chevy Nomad. In turn, this deal would mean that newer models for the Holden line of cars would be soon rolling off the assembly lines as well.

As it stands the project is still completely up in the air, but with GM looking to provide some more than generous competition for the already announced 2014 Ford Mustang, and 2014 Dodge Barracuda, GM will make a choice pretty soon about adding another killer ride to their list of vehicular assassins.