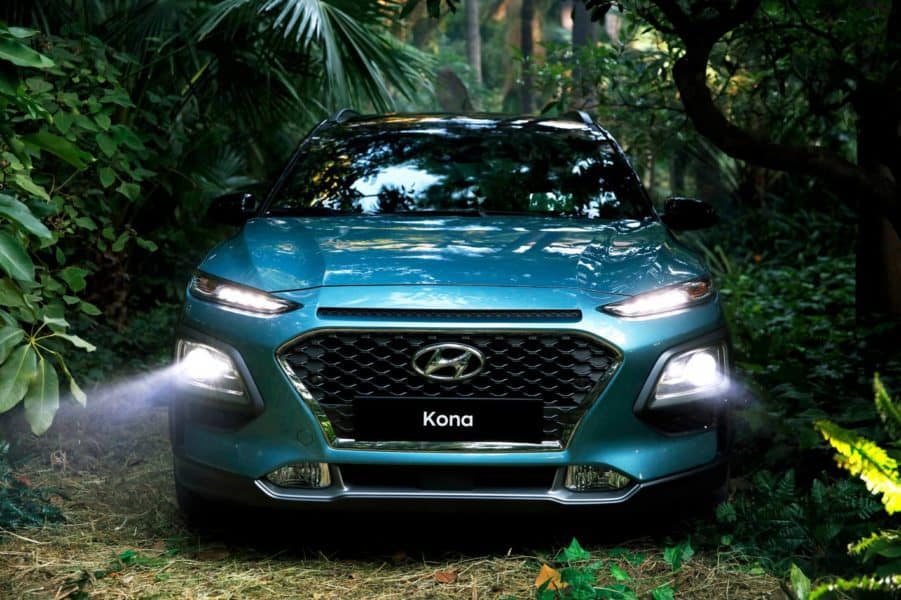 And here it is, finally. The 2018 Hyundai Kona fills the small SUV gap within the Hyundai lineup and rightfully aims at the top of the offer.

Hyundai has been upping its game for a while now and their cars are becoming a benchmark in their classes. The Kona arrives to the small SUV bunch a bit later than most competitors, but it is far from outdated.

The initial arrival brings us three trim levels, named Active, Elite and Highlander and priced at $24,500, $28,500 and $33,500 respectively. However, you’ll have to add about $3,000 more for a more modern engine and drive option. But more about that in a minute.

Looking at it from the outside, the Kona, especially in its top trim level, looks far from conservative. It is obviously aimed at the younger crowd and it falls right into place with the quirky competitors such as the C4 Cactus and Juke.

The front is the most conspicuous part, with the familiar grille with three sets of lights in three different heights. The top ones are incredibly sleek and absolutely stunning, albeit a bit reminiscent of the C4 Cactus solution. The rear is more conservative, but far from boring, while the side view reveals plastic cladding and sheet creases.

All in all, the Kona is sure to satisfy the younger, more modern crowd when it comes to looks. Quirky small SUVs are far from a rare sight, but the Kona finds its place in the lot easily.

Not enough for you? OK, you can add one of nine exterior colour options and even a two-tone roof which is optional. It costs $295 extra, but if you find the Kona not conspicuous enough, this is an acceptable price for the additional spice.

On the inside, the Kona is far more familiar, even though it is a new car. It borrows a lot of ideas from the latest i30 and this is a very good thing. The steering wheel is great, the instruments are stylish and readable, the floating touchscreen is responsive and well placed, although a bit smaller than the one in the i30 and there are loads of details that give the premium feel.

The screen has Apple CarPlay and Android Auto connectivity, but it does not offer satellite navigation in any of its trim levels. Pretty strange, honestly.

The seats are great and very supportive and in higher trim levels they are heated and ventilated. Contrast stitching is an especially nice touch.

The Kona also adds one brand-first feature. It is the first ever Hyundai to feature a head-up display. It rises from the dashboard and really gives a cool feeling.

The interior look is vastly customizable and it gives the youth a chance to express their individuality. I have to say it is a great perk and probably one that will increase the sales of the Kona.

Aside from the design, there is also the interior space aspect. With the length of just 4.2m, the Kona is similar to most of its competitors, although smaller than the HR-V, for example. The Honda is more spacious in the back, but the Kona is good enough to take two adults for a longer trip in the back. It is nothing spectacular in this respect, but having in mind that it will mostly be driven by young people with no children, it is more than sufficient.

The seats fold 60/40 and with them up you get decent-for-this-class 360 l of storage space.

There are two engine options.

The first one is a 2 l naturally aspirated I4. It produces 110kW of power and 180 Nm of torque and it is mated to a 6-speed automatic. The cars with this engine can only come in FWD configuration.

As you might expect, the naturally aspirated engine is the less tempting choice, so the more upmarket option is a 1.6 l turbo with AWD configuration and 7-speed dual-clutch gearbox. It produces 130 kW and 265Nm of torque and commands a higher price of about $3,000, but having in mind the additional boost, it is acceptable.

The higher price of the AWD cars is not just due to the engine. The AWD models also come with multilink rear suspension, while the FWD ones get torsion beam.

Speaking of which, Hyundai again gives their Australian customers a tailored suspension setup to suit our roads better. How good is it?

It is actually a pretty cool mixture of agility and comfort in all circumstances. In town, where it will spend most of the time, the Kona is very nimble. Of course, I’m talking about the multilink one. The torsion beam rear suspension is also pretty good and at slower speeds you’ll be pressed to find any difference, but as you speed up the bumps become more noticeable in the cheaper version.

Another thing which is often wrong in small modern cars is steering. It is often too light and it greatly diminishes the driving feel. However, the Kona is the opposite. You won’t get the joy of driving a lightweight RWD car, but it is a pretty satisfying steering, not too light and with sufficient feedback.

Road noise is also kept within the satisfying levels. Basically, the Kona is not (intended to be) a racing car, but it gives enough of a push, especially with the turbocharged engine.

As for the safety, we are still waiting for the ANCAP rating for the Kona. Standard features across the range include things like front, side and curtain airbags (six in total), as well as ESP, traction control, ABS, EBD, rear-view camera and parking sensors and tyre pressure monitoring.

Hyundai has made a name for itself and especially so in Australia. Their custom tailored suspension and famed 5-year warranty are good perks for the Australian buyer.

However, as you go up the trim levels, the Kona greatly surpasses the sensible arguments and gives a great deal of class, premium features and individuality – a trait held high by the target audience. We can’t really say yet if it will be a class leader since the competition is tough, but it is safe to assume that the Kona will be sold rather well. 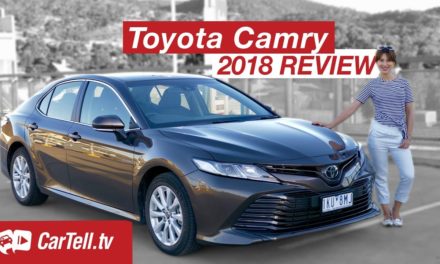 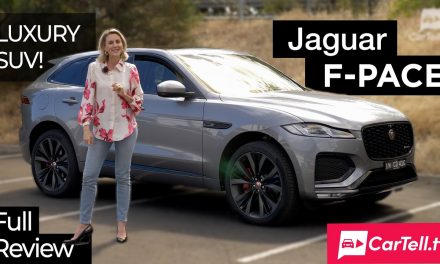 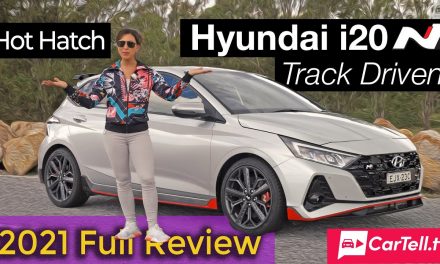 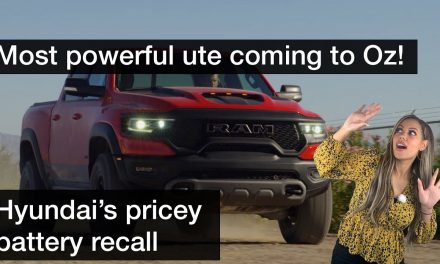